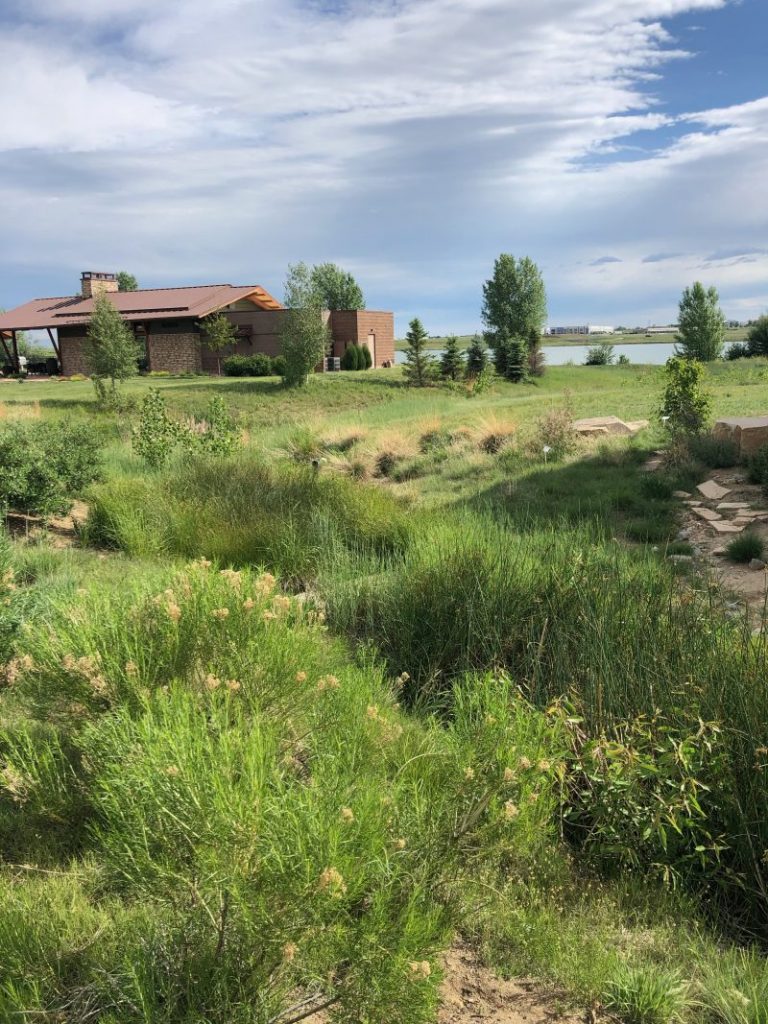 “You can’t talk about conservation on one hand and development on the other as if they were two unrelated issues because they’re not.”—Tom Hoyt (who does both)

It’s a familiar cycle. Wilderness is turned into farmland, which often gets developed into shopping malls, industrial sites, or residential cul de sacs. Suburban cul de sacs are not unknown in Western New York; they are more distinguished by their convenience than by their landscaping. But this 3,500-acre site in Loveland, Colorado is different; it’s a residential development where wilderness has crept back in, through design. 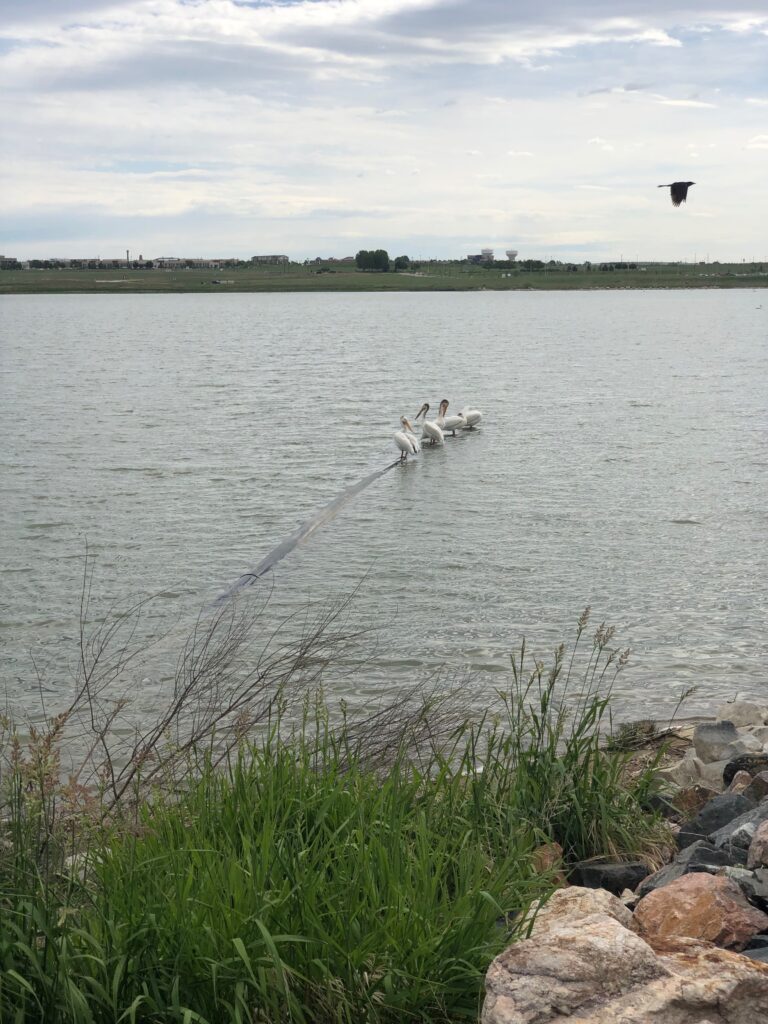 The High Plains Environmental Center maintains about 700 acres of wildlife habitat and public environmental park in the middle of the Centerra mixed-use community. There are trails, ponds, native plant demonstration gardens, wetlands, a fruit orchard, community garden raised beds, and a native plant nursery. Walking the trails, I was continually aware of birds, insects, and other creatures, with bees working away on the native shrubs I passed. There are dozens of species of birds living here, including kestrels, blue-winged teal, grebes, herons, American eagles, hawks, rails, sandpipers, owls, warblers, and many more, including these American white pelicans (above), which I had never seen before. You can get a complete plant and animal species list from the website. 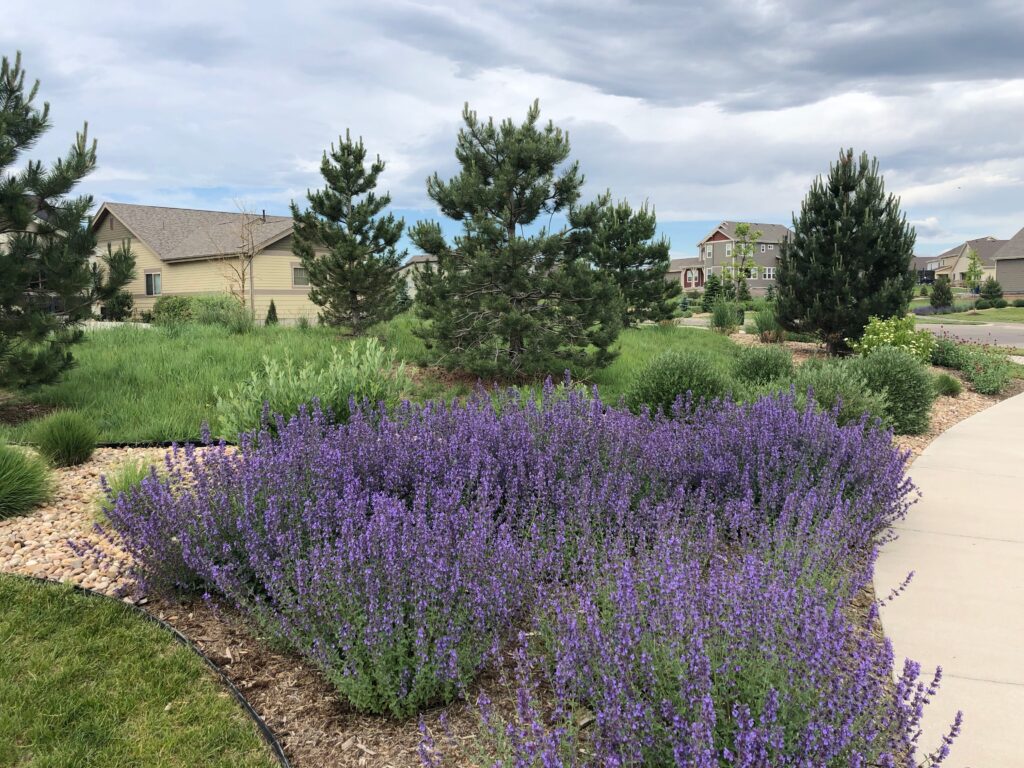 There are other such communities throughout the US—sadly, this movement has not come yet to Western New York, to my knowledge. This is a model where conservation can support itself; fees generated by building permits are paid to a nonprofit and a community that’s attractive to investors, residents, and businesses emerges. HPEC started as the idea of architect/builder Tom Hoyt (quoted above) who, with his company, McStain, signed an agreement with developers Centerra in 2001. It took 16 years to clean-up and restore the site. HPEC is now headed by Jim Holstrup, who spoked to the group of bloggers I was part of (the annual Garden Bloggers tour, which took place in and around Denver this year). It became Colorado’s first Community Wildlife Habitat in 2018.

There are those who simply deplore development sprawl outside of urban areas and wish it would just stop. It’s not going to, but it needs to get smarter in terms of environmental impact. We need to get smarter everywhere we live.