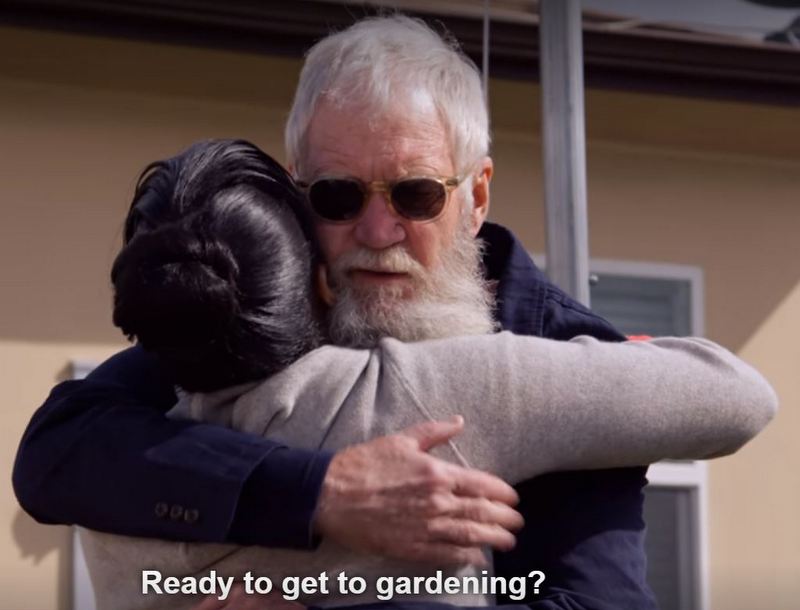 David Letterman is back with Season 2 of his Netflix show “My N ext Guest Needs No Introduction” and my favorite episode, hands down, is the one starring Tiffany Haddish.

She’s her usual thoughtful and funny self throughout, but got surprisingly down to earth about 10 minutes into the episode when Dave joins her in her Los Angeles back yard to do some gardening. Real gardening, not reality-TV stuff.

It’s soo real, she has him start with picking up some dog turds (above, his shovel in the act), something she didn’t entirely trust him to do without “messing up my grass.”

Which is exactly what I’d want to say if Dave were collecting dog shit in my garden, and Tiffany just says it. But it takes a badass like her to assign him the dog shit job in the first place, right? 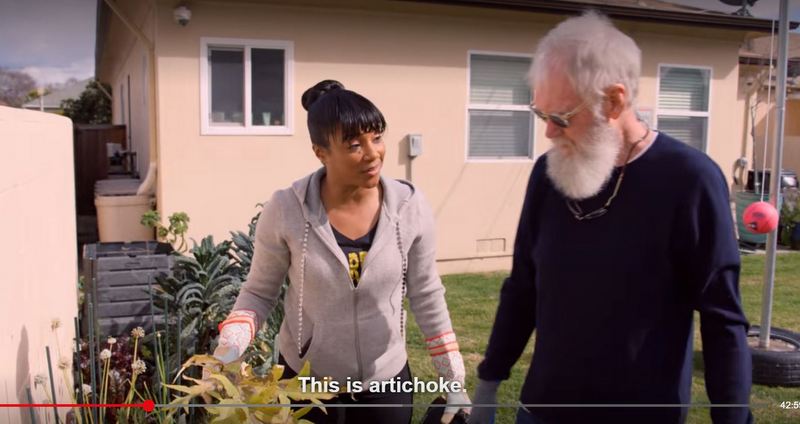 Dog shit dispensed with, Tiffany shows Dave what she’s growing and they get down to some gardening clean-up.

But Hoosier Dave has some gardening cred of his own to brag about. At least his parents gardened, growing every crop you could think of and “tomatoes like crazy.” 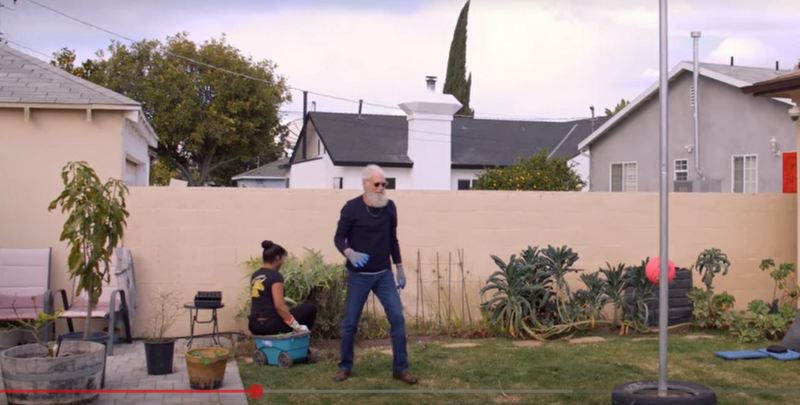 More gardening cred is evident when Tiffany pulls out the Ziplock bag where she keeps her seed packets plant labels, I’m assuming. 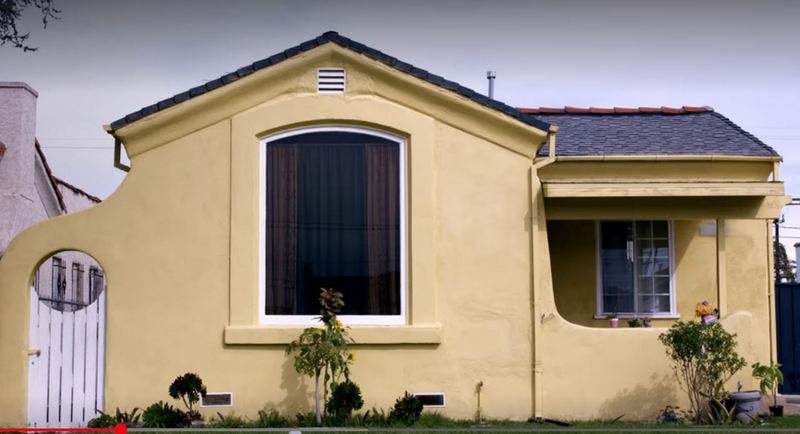 We’re shown the fronts of these two homes presumably in Tiffany’s neighborhood, though neither matches the color of hers. And this one is showing signs of gardener neglect in the front.

Whoever lives in this blue house, I want to see get inside that fence and see the garden, then get inside the house and ogle some more.

I read that Tiffany grew up in South Central Los Angeles and lives in LA today, but can’t verify that she still lives in that neighborhood, though this one is obviously modest. Clearly below her means since Girls Trip made her a star.

And now I’m more smitten with her than ever. 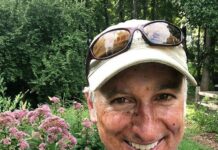