My friend Mary Vaananen records sounds made by plants in the dead of winter. Seems weird, doesn’t it? It is weird, but when you are growing desperate for spring, listening to tender plants is a good fallback.

Have you heard of plant neurobiology?

The proponents of plant intelligence “believe that we must stop regarding plants as passive objects—the mute, immobile furniture of our world—and begin to treat them as protagonists in their own dramas, highly skilled in the ways of contending in nature.”

Perhaps even the musical stage.

The issue that Pollan presents boils down to the difference between consciousness and self-consciousness. Plants are conscious. But do they know that they are? They are, without doubt, communicating between one another via intricate fungal partnerships.

To that end, each fall, Mary Vaananen moves dozens of potted plants from her beautiful and artful Louisville garden into the comfy indoor office space where she spends her workdays year round.

Benefits come with working for Jelitto, though. While Mary was waiting to sow complimentary perennial seeds of Cerinthe major ‘Purpurascens’ and Dianthus ‘Dancing Geisha’, the Philodendron Philharmonic filled the gray winter days with melody and heady plant science.

Mary’s plant menagerie was hooked up to a sensing device called a MIDI Sprout. The results are electronic impulses translated through a synthesizer-like device. The result is joyful, ambient noise.

Pollan didn’t prepare me for the surprise I felt from hearing the individual melodies of the four members of the Philodendron Philharmonic.

The Who’s “Baba O’Riley” and Stevie Wonder’s “Superstition” wouldn’t have been the same without a synthesizer’s effect. And the Philodendron Philharmonic wouldn’t have the same decipherable ambient sound without a MIDI Sprout.

I emailed Jonathan Gregg, the New York-based musician and songwriter who plays pedal steel guitar with SUSS, an ambient country band. What was his impression of the Philodendron Philharmonic? SUSS has more than seven million streams to its credit on Spotify. Their most recent album, “Ghost Box (Expanded),” came out in November 2018 on Northern Spy records, and their latest single, “Chisholm Train,” was released May 14.

“These recordings provide a fascinating insight into not only the variety of energy emanating from plants, but also how harnessing that energy can translate into a musical construct, with dynamics and shifting colors and tones subject to various types of stimulus, very much the way certain kinds of music come into being.

“In my work recording with SUSS, my objective is to provide as close to a spontaneous response to the stimulus (in this case, the tracks my colleagues have prepared) as possible to create a pure, unmediated signal. The ideal outcome is the nexus of inspiration and inevitability—the sense that this is the way it had to go based on the environment of the moment.

“This effort to not overthink and to rely on the most immediate impulse (very much like Allen Ginsberg’s “first thought, best thought” philosophy) finds its purest expression in the entirely reactive process from members of the plant quartet.

“Indeed, these plant recordings compound that symbiosis, reflecting the possibilities presented by four sources interacting simultaneously. As with the improvisations of a free jazz combo, the music of the plants strongly implies a collaborative audiosynthesis, as the ensemble’s performance mutates and evolves. The parallels are as exciting as they are indisputable.”

Welcome to the botanic bandstand.

But are plants thinking? I’m not sure.

What I am certain of is that trees are not as dumb as stumps. Neither are Mary’s philodendrons, crotons, sansevierias and bird’s nest ferns. 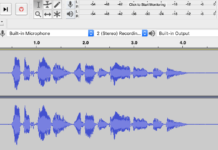 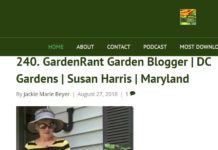 Lots of Raves in my 53-Minute Podcast Interview

Checking in on GardenWeb