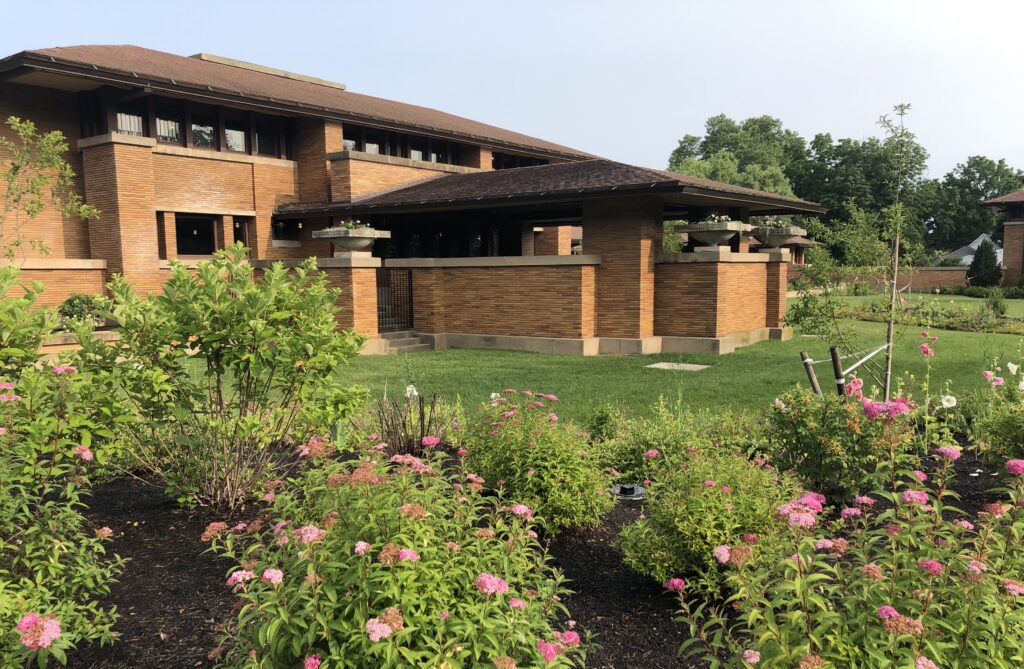 Buffalo’s Darwin Martin Complex, designed and built by Frank Lloyd Wright, no longer needs any fixing up. Three buildings (Martin House, Barton House, Gardener’s Cottage) have been completely restored and three structures (pergola, conservatory, and carriage house), which had been demolished, have been recreated. A new visitor’s building by Toshiko Mori was added. This complex is one of Wright’s largest and most significant works, and completing its restoration has been a 23-year journey. The final phase happened this spring, with the restoration of the original landscape, including the distinctive Floricycle, as well as an extensive group of self-contained plantings—the “outdoor rooms” of 1906. There’s a courtyard of English borders, shrub massings, and plenty of shade trees. All this had disappeared by the time restoration of the property began in the 90s.

You can see the entire 242-page report—with exhaustive history, historic images, historic plans, and contemporary recommendations—prepared by Bayer Landscape Architecture, who oversaw the garden restoration project, here. Check it out for the pictures alone. (Download the PDF; do not try to read the html version.)

Wright worked with fellow architect Walter Burley Griffin, who later became known for his work in Australia, and, very intensively, with his clients Darwin and Isabelle Martin, who were insistent on extensive gardens and suggested additions and alteration throughout the process. Then they maintained the landscape for more than 30 years. Black and white images of it show lush, mature plantings, with the shrubs easily as tall as Isabelle Martin, shown in some of the pictures (usually scowling).

Bayer had access to all of the correspondence and plans for the garden, including plant lists. One list includes a few plants many of us would tremble to plant today: wisteria (a signature plant for Wright), clematis Virginiana (which I’m struggling with now), even trumpet vine. Others were simply classic trees and shrubs (types of viburnum, beeches, maples) and typical English border perennials. But the most distinctive feature of the landscape (then and now) is the Floricycle, which was at first called Hemicycle. Planned to provide horticultural interest from March through November (very realistic for Buffalo), starting with snowdrops and ending with asters and mums, this formed a semicircle around the front of the house. There were also courtyard and various other plantings (a greenhouse was added by the Martins), but I find the Floricycle most fascinating. 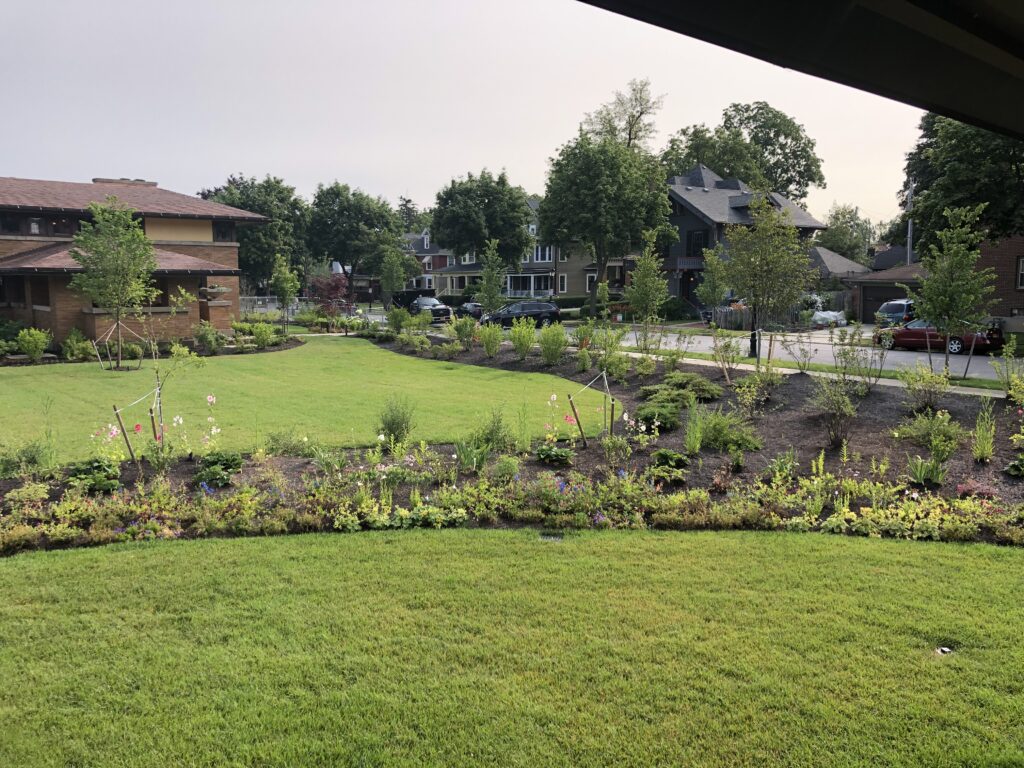 Choosing the Martin’s period of ownership (1903–1929) as a guideline, Bayer has followed the Floricycle’s guiding concept of sequential seasons of interest for a semicircle of herbaceous plantings backed up by shrubs, with each grouping repeating twelve times. A much smaller selection than the Martins had, with more attention to height restrictions (these structures must be fully seen by visitors) has been implemented. Finally, as these pictures demonstrate, it’s really early days for this landscape.  It will be fascinating to watch this mature, providing a lively, colorful frame for an architectural masterpiece.