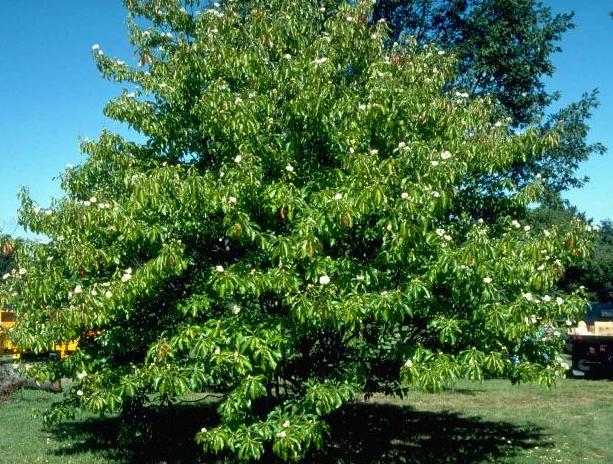 America co-founder Ben Franklin never got to Indiana – but his tree did, the fabled Franklin Tree; aka Franklinia alatamaha. It’s blooming here in our back yard right now, doing its best camelia imitation; that pure white flower with the frothy gold stamens at its center, not to discount its funky seed capsules.

And there’s no more Franklin Trees left blooming anywhere in the world except those preserved in various arboretums, community gardens and the back yards of garden geeks – and it’s real hard to keep them alive there.

Its story has been told a lot – and yet never enough. It touches all the bases of horticulture exploration: knowledge, curiosity, luck, serendipity and persistence.

It begins in 1765 with two guys, John Bartram, a self-taught Pennsylvania Quaker farmer and native plant collector, and his son William, artist and plant explorer, an acorn who never got too far from the family tree.

That was the year King George named John Bartram Royal Botanist for North America with no real idea of the scope of that job – like 9.54 million square miles. Think about that; John Bartram pretty much had all that newer plant stuff in the colonies to himself, discovering and shipping back hundreds of plants unknown to the Brits.

In addition, his being named royal botanist was only eight years before the Boston Tea Party, so there was a little tension in the colonies at the time. But Bartram’s pay was 50 pounds, pretty good wages for the day.

On Oct. 1, 1765, wandering on horseback, the Bartrams had just crossed the Alatamaha River bottomlands in Georgia when, as John wrote in his journal, “We found several very curious shrubs, one bearing beautiful good fruite.”

The shrubs only existed on a few acres of land. That “fruite” was a seed pod. The journal made no mentions of any flowers, which may have been very sparse to non-existent in October anyway.

But the men did notice the foliage of this plant, which turns a rich orange, red or purple in late summer to fall, another attribute of this beauty. But their records do not indicate if they collected any seed at the time.

Fast forward to 1773 and William Bartram has returned to the same Georgia bottomlands and coastal plains. He would later write of it in his book, “Travels”:

I was greatly delighted at the appearance of two beautiful shrubs in all their blooming graces. One of them appeared to be a species of Gordonia, but the flowers are larger and more fragrant that those of the Gordonia lasianthus.

The comparison was understandable. At one point the Franklin Tree, due to its similarities, was called “The Lost Gordonia,” and both are members of the tea family. 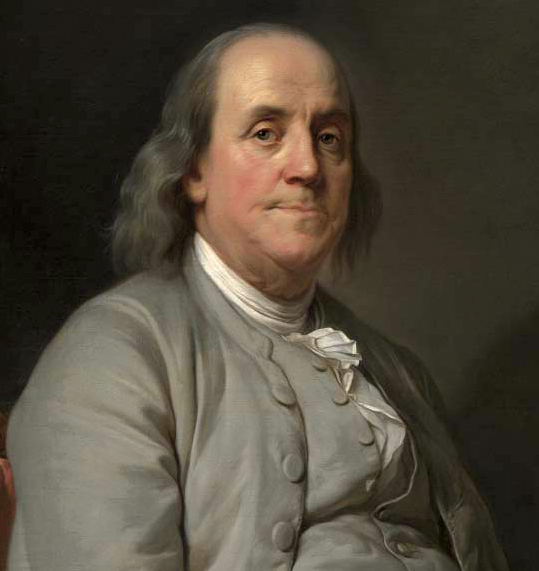 Further research prevailed. William Bartram had seen something new in bloom on those few acres. It would eventually get its Latin ID – Franklinia altamaha – after been named for Ben Franklin, close Bartram family friend, kite-flyer, inventor of the lightning rod, ambassador to France and one of the authors of the Declaration of Independence.

The Franklin Tree was saved for the world after William returned to Philadelphia in 1777 and planted his seeds, a first preservation step that would see those crisp white flowers, yellow center and funky seed pods survive for the next couple centuries.

The original Georgia trees did not fare as well. They were sighted in 1790 by another plant explorer, but by the early 1800s it was never again seen growing in Georgia, or anywhere else in the world. 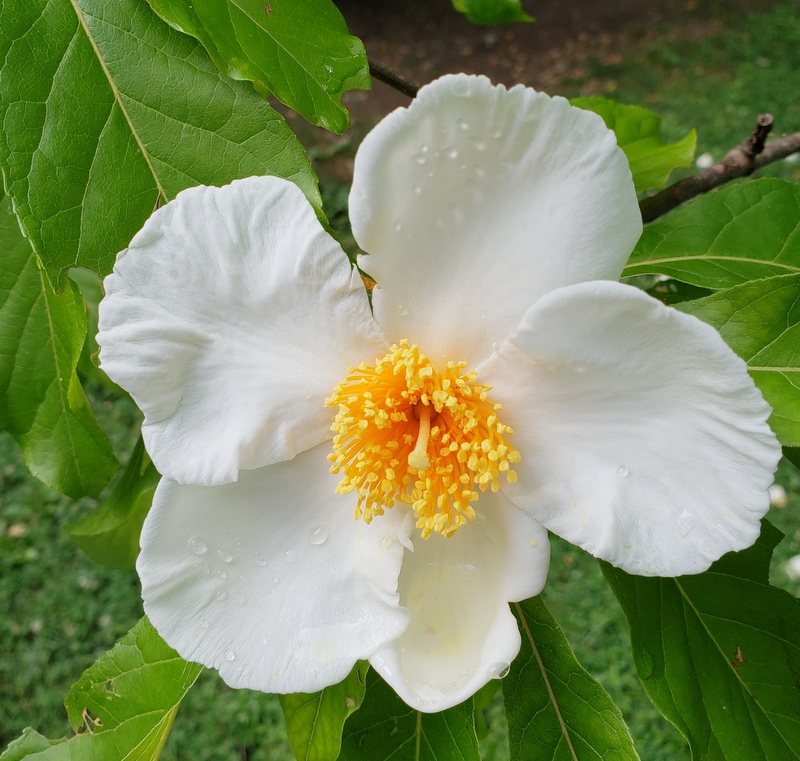 Reasons given for that include climate change – which would be a recurring issue – man-made habitat destruction, a local tidal flood disaster or, a favorite, a disease brought on by a fatal pathogen of fungus that came downriver from the miles of Georgia cotton.

One major problem with the tree – and many modern gardeners have experienced this – is that with its spindly, fibrous root system, new transplants either become happy or dead. They don’t mess around much in the middle.

They can grow to 25 awesome feet with an average life expectancy of about 50 years. Their best hope for survival is that classic moist, acidic well-drained soil with lots of sun and organic matter. And yet I recently spoke with a man, a good, experienced gardener, who planted three Franklinia in all of above and each quickly decided on dead.

I planted two about 10 feet apart about 25 years ago and both decided on happy until a windstorm took down a larger tree that fell directly on top of one happy Franklinia. I grieved, cursed and did everything but hold a funeral service for it. 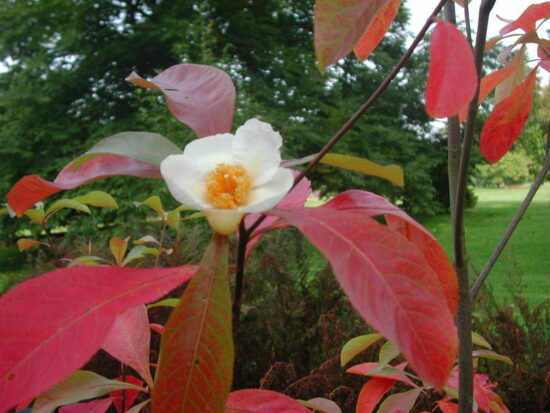 The other has gotten more open over the years but still shows up in early to mid-summer with hundreds of those wonderful blooms and late summer leaf color. It’s just a joy to have around, to show off to our guests and to bore them to near death with the Bartrams’ story.

About 20 years ago some Franklinia Lovers took a survey of how many Franklinia were in each state. The national total was 1,894. Indiana had 12. That figure could be higher now. Nobody asked me to be part of that survey, but I just ordered three more.