You can’t be a gardener these days, not a serious gardener, and not notice some shifts in the climate. These vary with the region, but it’s safe to say that in most of the United States, what was once aberrant weather has become the new normal.  So how do you garden sustainably in a time of climate change?  That was the question I posed last Wednesday evening to Dr. David Wolfe of Cornell University, when I interviewed him for my radio program.

Dr. Wolfe is a plant and soil ecologist who has developed an interest in climate change through his work with farmers and gardeners.  He’s become an internationally recognized authority on the horticultural aspects of this issue.  Two years ago he was invited to give a lecture to Britain’s Royal Horticultural Society. 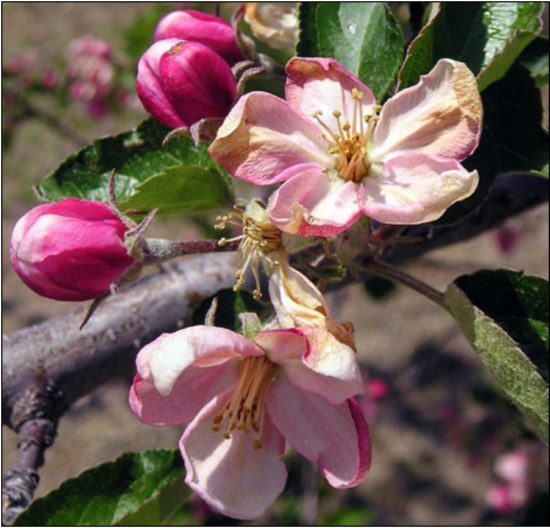 Because my program broadcasts in central Connecticut, we focused largely on the gardening conditions of the Northeast, but much of Dr. Wolfe’s advice was more broadly applicable. For example, he addressed the alternating drought and deluge that has become characteristic of summertime in many regions besides the Northeast.  This is a result of the more intense evaporation that the extra heat is promoting: water is lost from the soil and plants more rapidly, so that the air becomes like a sponge, full of moisture that periodically is dumped.  Because organic matter increases the absorptive quality of the soil, as well as its ability to retain water, increasing its concentration in the soil is one way to mediate both extremes.

Warmer winters may sound like a boon to northern gardeners, but their effect has been, in Dr. Wolfe’s experience, to actually increase frost damage.  That’s because thaws are coming earlier in the year, hastening bud break and bloom, which prolongs the period when plants are vulnerable to a late frost.  Warmer winters, however, also pose an obvious opportunity for northern gardeners to experiment with perennials that would not have proved hardy a few years ago.

One topic on which Dr. Wolfe had much to say was the role that gardeners can play in fighting global climate change.   For example, gardeners tend to be much more lavish with fertilizers than farmers, especially when it comes to lawns, and this has a steep environmental cost. Synthetic fertilizers are produced with an intensive consumption of fossil fuels, and so are major contributors of carbon dioxide to the atmosphere.  And a certain fraction of the nitrates applied to the soil, even in organic forms, will escape as nitrous oxide, a greenhouse gas more than 200 times as potent as CO2.

Unlike farmers, gardeners’ livelihoods don’t depend on their craft, so they are perfectly poised to experiment with such things as varying planting dates and crops, yielding data that can be useful beyond their plots.

David Wolfe also stressed the role that gardeners can play as community leaders.  You cannot garden without becoming intimate with natural systems. Sharing the knowledge gained in that fashion with neighbors provides locally-sourced information that is more difficult to dismiss.  That, surely, is the greatest contribution you and I can make to fighting climate change.