On this side of Atlantic, we tend to avoid conservatories in August. There’s no need to seek out a conservatory to get even hotter and sweatier. February is a much better time. But in England, August weather (low 60s, pouring rain) provides a perfect opportunity to visit the biggest conservatory in the world: the Eden Project. 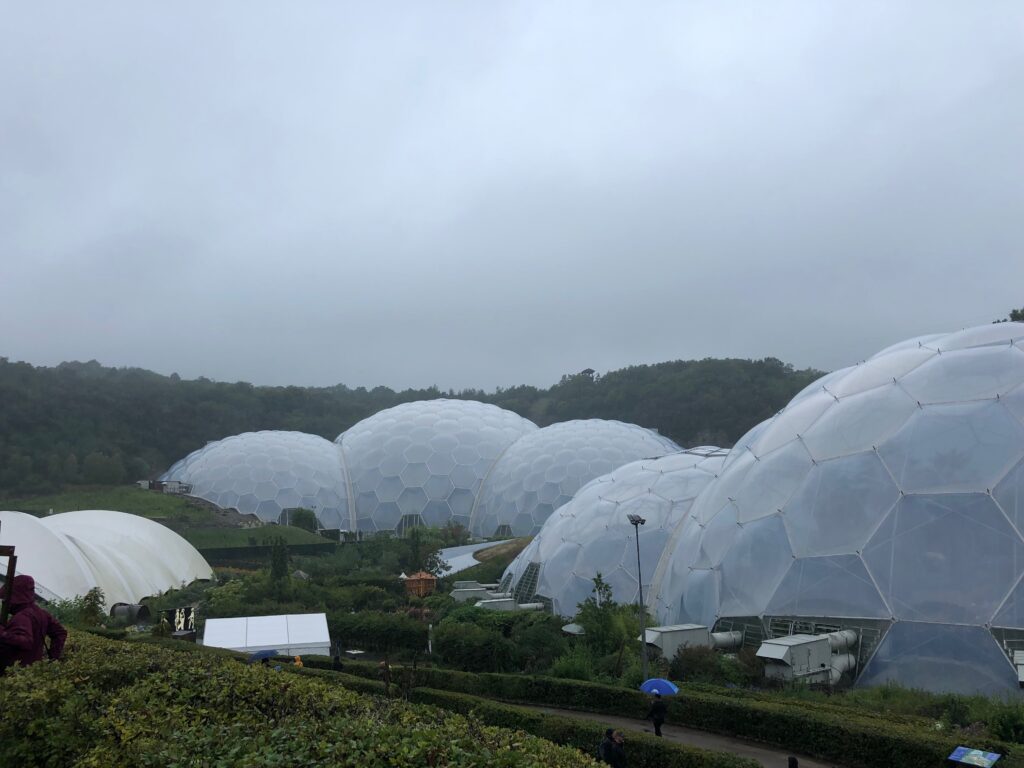 Located a few miles outside St. Austell, in Cornwall, this former clay pit was transformed by entrepreneur Tim Smit (now Sir Tim Smit), who had previously overseen the restoration of the Lost Gardens of Heligan. Smit started Eden in 1995, built the two big biomes, which total over 32 acres, opened it in 2000, yada yada yada, surpassed 10 million visitors in 2010; along the way there are concerts, weddings, visits by the Queen, giant robots, huge seeds, Chelsea awards, and much, much more, yada yada. Eden’s soil was made using, in part, composted mine and domestic wastes, and water conservation is an overarching priority. You can read more about all this on the website. Here’s my takeaway from Eden:

I have always loved conservatories, including our modest Lord & Burnham glasshouse in Buffalo. After a few years, however, there is mild ennui when confronted with the usual palms and waterfalls, colocasia and koi, orchids and cacti, corpse flowers and light shows. As the director of our botanical gardens stated recently, it’s a heavier lift to attract visitors when cheap cruises abound and the glories of the Caribbean are only a few hundred bucks away. The world has grown smaller and it takes more to justify the term exotic. 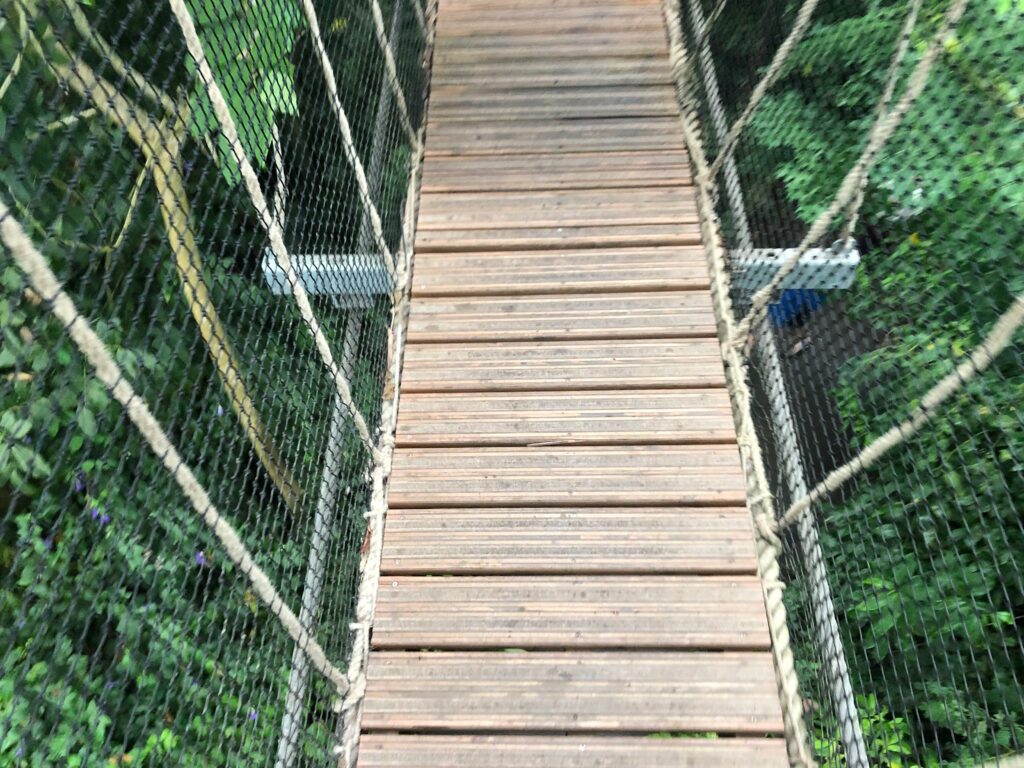 That is not in any way a problem when it comes to Eden Project. Its hugeness helps. Unlike any other conservatory I’ve seen, visitors can ascend the Rainforest biome to near-ceiling height along a circular path, punctuated by a fun rope bridge. If you’re up for it, you can climb even higher and look down from 164 feet in the air. The exotic becomes real. You learn how a rainforest works, how the different plants fit in, who uses them, and why (if this was not already apparent) its conservation is so important.

I actually enjoyed the Mediterranean biome even more, as it included habitats (Australia, South Africa) with which I less familiar—and simply gorgeous plants, including kangaroo paw, banksia, and grass tree, just to name a few. In both biomes, children were everywhere, not just gaping but participating—playing instruments, listening to stories, singing, shouting. (It’s kind of a loud place.)

We love the mysterious and strange and Eden gives us that. We love the spectacular and, boy, does it ever give us that. But then it turns around and unpacks all these things for us, removing the mystery and revealing the real-world importance.

It would take many more visits to thoroughly appreciate and absorb all that Eden has to offer. But I can say that, on that gray, damp day, we were transported to a world full of joy, plants, and revelatory glimpses into how the planet works.