Let me introduce Van Eugene Gatewood Ham, a native of Greenville, Mississippi, with a soft spot for okra.

Gene Ham visits Central Kentucky every Thanksgiving to catch up with childhood friends who live nearby. He came to our home last year for a Friday evening party. A small pile of crispy okra seedpods, the color of dried parchment, sitting on the kitchen counter, caught his eye. He recognized the seedpods immediately. I was impressed. Okra seedpods would stump most folks on an ID quiz, even savvy horticulturists.

I asked Gene if he was an okra fan. He held the seed pods tenderly, glanced knowingly, turned serious, and unwound—slowly—“Oh, yeah.” 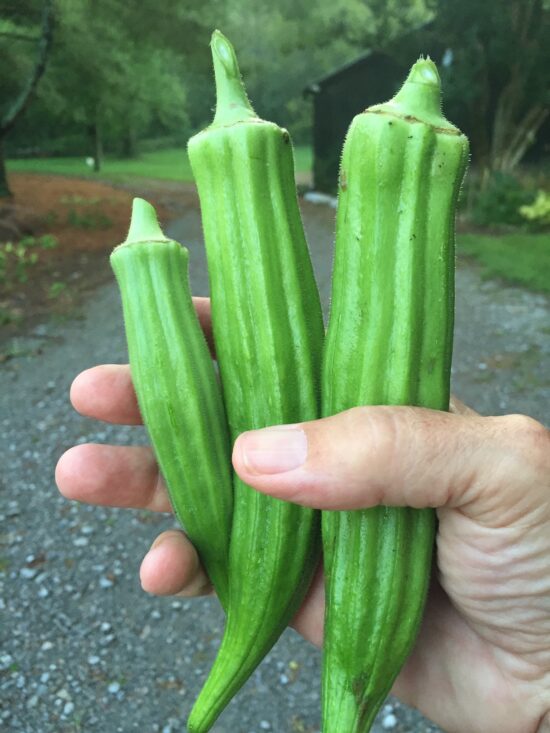 He did not want to be overheard. “Do you have time for a story?” Gene’s a storyteller. He began sketching details about the origins and history of the Knights and United Daughters of Okra.

Where, exactly, any of this story took place, Gene wouldn’t tell me. There were references to Southwest Virginia and the Cumberland Plateau, but who knows?

The outline was a doozy, but pieces were missing. His story was not a tell-all. Gene did not want to betray his brethren and sisterhood.

I’d had second helpings of skillet-fried okra on the brain for months, wondering about Gene’s story, and then I read the wonderful Walks to the Paradise Garden—A Lowdown Southern Odyssey. 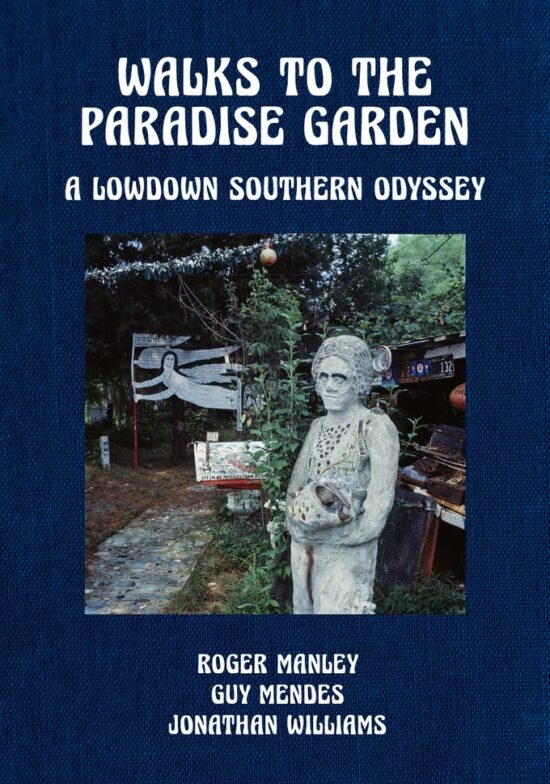 Gene’s name was in the book’s acknowledgements—in code!

Turns out, Gene was a player in this southern odyssey by virtue of okra, though, no doubt also a participant in conversations about all manner of things, besides okra, among friends and colleagues who were also acknowledged.

Jonathan Williams, the late poet and “provocateur,” laid out the project’s intent in the book’s introduction. “For one thing, most of the people (folk artists) in this book are directly involved with making paradise for themselves in the front yard, the back garden, the parlor, the sun porch, the basement. Making things has been a way to salvage a little dignity from poor and difficult lives.” Later on, Williams wrote clearly and proudly: These are  “visionaries, eccentrics and treasures.”

“Walks in the Paradise Garden, “Williams explains, “is not Kunsthistorichwerk, or criticism, or sociology or anthropology, or camp for the coffee table. It is a collection of outlandish findings by three southern persons, all white and all male. This is something we don’t fret about and hope that you won’t either. May we please both okra-eaters and non-okra-eaters alike!”

Jonathan Williams and photographers Roger Manley and Guy Mendes drove around the south in the 1970s until the early 1990s, attempting to meet and document outsider artists.

The next meal was never far away. There were breakfasts of beaten biscuits and country ham, pecan waffles and grits. (Grits lost ground briefly to polenta in uppity southern restaurants in the 1990s but survived the cultural skirmish.) There were odyssey dinners (lunchtime) and suppers (dinners) with barbecue, catfish, turnip greens, fried chicken, sweet potato casserole and, of course, okra.

The Lowdown Southern Odyssey project lay dormant for years but was not forgotten. Walks in the Paradise Garden was published by Institute 193, this spring, at long last, accompanied by an exhibit at Atlanta’s High Museum.

Back to Gene Ham.

I wrote Gene (he doesn’t use a computer) a few months ago, after I read the wonderful Walks to the Paradise Garden. I hoped Gene would school me on okra and Okra Memorial University. Gene, by the way, is a retired English teacher who lives now in Fayetteville, Tennessee.

A few weeks went by before a finely written letter arrived. “As is typical of other fraternal and sororal orders there are mysteries which can not be revealed…like the nearly lost origins of Free Masons in the distant past.”

One point was clear: “Then, as now, members were bound together by a love of the divine vegetable. Several of the generals were exiles from the deeper south who were greatly dismayed at the absence of okra in local produce markets.”

Gene Ham allowed that Okra Memorial University, and its pop-up satellite affiliates—wherever, or if they were ever—have on occasion, granted degrees that are “chiefly honorary.” Doctorates have been conferred on Wendell Berry, Allen Ginsburg and Ken Kesey in “simple but significant ceremonies over the years.”

This is the scantest little I know of the mythic Okra Illuminati.

Good luck if you try to Google The Knights and United Daughters of Okra.

I was in my early 20s before I first tasted okra. I was smitten, and I’ll admit: I have an inherited taste for greasy food. I can’t, however, explain why, or how, delectably, slimy okra had been hidden from me for so many years.

(For anyone willing to explore okra’s history, culture, sociology, recipes (not all greasy), seed strains and, yes, tips on  “mucilaginous” hair conditioner, I recommend, also: The Whole Okra—A Seed to Stem Celebration.) 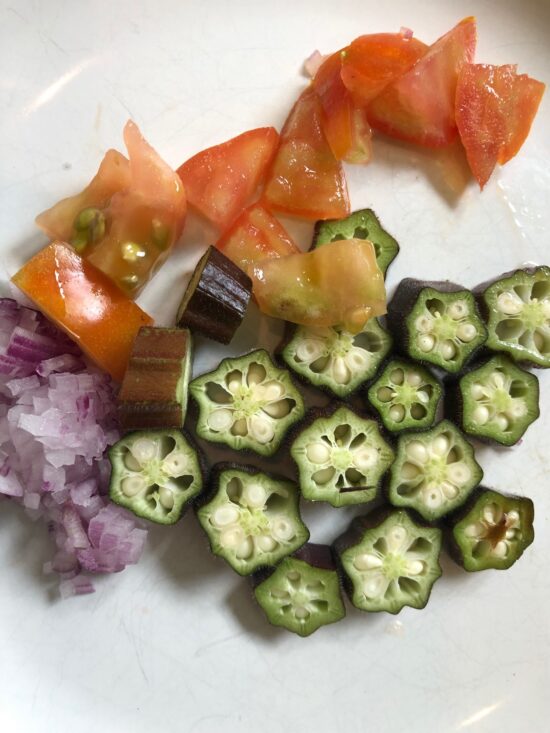 Gene Ham likes okra the simple way: boiled with a little bit of butter and black pepper. Or Creole style: fried with okra cut crosswise along with tomatoes, green pepper, onions, and garlic,laid on a bed of rice.

Not everyone can be blessed with Gene Ham’s good taste.