The most dreaded thing I’ve ever had to face was to be dragged along while my mom took my sisters shopping. Any time this happened, it was beyond awful. A purgatory of boredom and sadness that could last anywhere from endless to eternal.

Picture it this way: I’m an otherwise happy, well-adjusted 5-8 year old boy, but I’m being held hostage in a cavern of clothes racks at some store for the 6th or 7th hour and my arm is being held straight up above my head. All the blood it ever contained has drained from it hours ago, my wrist is gripped white-knuckled tight by an unbelievably strong, terrifyingly frustrated, and appallingly unsympathetic mother, and she is yanking my arm right and left to emphasize each and every syllable–my whole body violently following each yank–from some variation of a sentence that starts with “Mister, you had…” and ends with …”something to cry about.”

Any expedition to go buy clothes was like this. Totally unendurable. But the worst of the worst death marches were treks for Easter outfits. Worse than that? Shoes. Easter outfits? I want to cry right now just thinking about it. What absolute zero is to physics about describes the absolute misery caused by Easter shopping. But, somehow, shopping for shoes was even worse.

If I remember right, the main issue with shoes was that one of my sisters had skinny little feet and, for her, there were always several choices of adorably cute shoes. Amazing how much time could leave the universe while deciding exactly which pair, but at the end of the day she went home with nice shoes. On the other hand, my other sister had wide feet and needed “corrective” shoes. This was the double whammy of terrible luck for her and me. The best she ever found were shoes that nuns wouldn’t even wear. Me? A fate that consigned me to dangle from one arm in store after store after store as my mother led us all–wild in sorrow–in an ever widening migration of despair, shoe store to shoe store in what we all knew was a vain pursuit of a cute pair of wide “corrective” shoes.

The sound of this misery–moaning, whining, complaining, crying, and my mother’s hissing, cursing attempts to make it stop–steadily built to a crescendo of unhappiness that–thinking about it–NASA should have recorded and then perpetually beamed into space so as to deter hostile aliens from having any interest in our planet.

Anyway, this is how I spent somewhere around a quarter of my childhood.

And this same level of misery about describes a quarter of my gardening chores. That’s right. Gardening ain’t all wine and roses. You see, I’m not in it for the motions. I don’t garden because I like to push a mower around the yard in a certain pattern. I never have a hankering to go turn a compost heap, or haul brush to the woods, or spread 15-20 yards of mulch. I don’t like trying to figure out why my well-pump isn’t working, and it’s been a very long time since I found anything compelling about digging a hole. 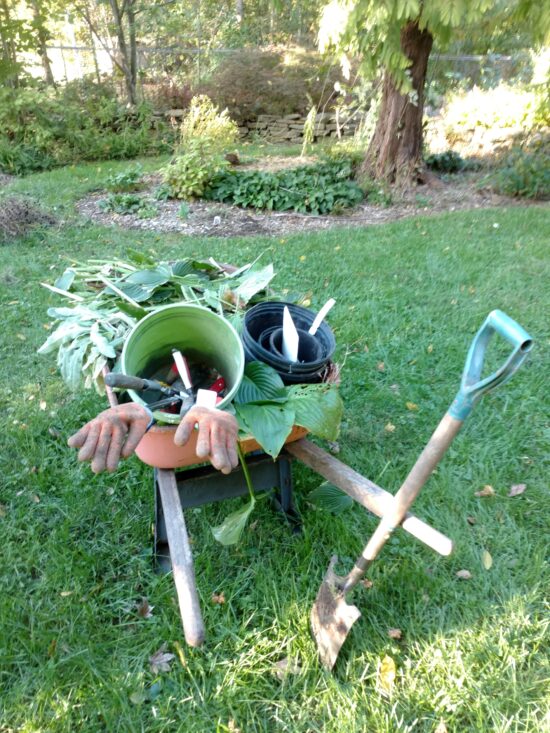 Those activities are merely a means to an end, and the end is a beautiful garden with all the benefits therein: a backyard oasis, a refuge for wildlife, and a safe place to enjoy the sweetest kind of peace on Earth. Bonus credits for a contented wife, adulation from strangers during garden tours, and for a green vegetative kind of privacy that allows open, carefree peeing in the middle of the backyard at any time on any given day during the growing season. 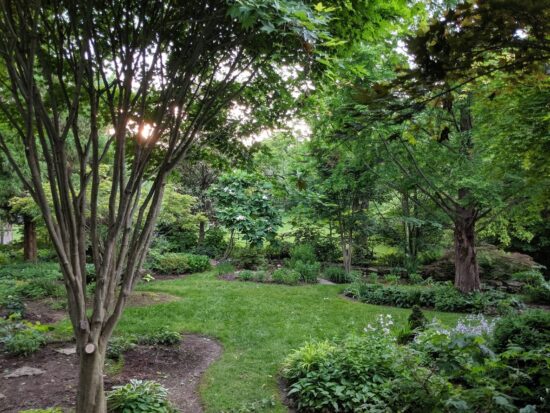 Indeed. All this, not pulling weeds, is why I garden.

And yet even as we speak, here in football season, I have sacks and sacks of bulbs to plant before the ground freezes. It’s been a hard year, I’m kind of gardened out, and no matter how much I try to focus any ESP powers I’ve got, those bulbs just are not going to plant themselves. This, all because I heard Brent Heath speak back in May, got all excited, and placed a big order. 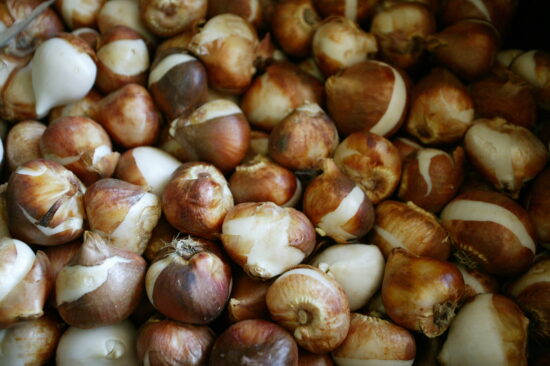 So I will do what I’ve always done: make excuses, put the task off, and try not to think about it too much. And I will do these things for week after week. In certain times when I’m feeling the urgency more greatly, I’ll quietly wish for an injury or a breakdown that will serve as an adequate excuse for failing to get them planted. Eventually however, the day will inevitably come when there’s no room for even one more second of procrastination.

And there I’ll be, on my knees, cold, slimy soil chilling me to my bones, a bitter wind rasping at my face, trying not to smell the dog crap that got on my jeans because it was camouflaged in the leaves, and suffering strange, phantom jerking motions in my right arm. Inside, on TV, The Ohio State Buckeyes are defeating Michigan again. There’s guacamole on the counter. Beer in the fridge. But I’m not inside. I’m outside, and cursing the hell out of that smooth talking Brent Heath.

Another time it’ll be summer. 100 degrees out. And I’ll be cutting down a skanky old crabapple and every single twisty, pokey, gnarly, and ugly branch will have made up its mind to fight me every step of the way. Whatever I want, they’ll want the opposite. They’ll gouge at my eyes. They’ll gash my skin. Nasty, itchy stuff will fall down the back of my shirt. I’ll be sweating, bleeding, and pissed off. There will be no easy angle to position for any single cut. Brush will tangle underfoot. Each of a hundred logs will not stack without a brute force battle of wills, and not one piece of brush will go into the truck and stay there until I’ve discovered–by endless repetition only–the mystical combination of cuss words that will stop the Universe from blocking my simple desires.

Or, it’s mid spring in Ohio and like a complete freakin’ idiot I again jumped the gun and planted out a bunch of tender stuff. I get home from work after dark, it’s 35F and raining, and they’re calling for a hard frost. And, like a damned soul in a Renaissance painting, I’ll inconsolably drag myself outside, and for the next fours hours I will–in fits and starts–construct the world’s twelfth largest shanty town in the backyard from whatever little bits of scrap wood, chunks of rock and rubble, some string, tape, old sheets, blankets, and filthy leftover plastic sheeting I can find in a panicked effort to save a bunch of annuals, tropicals, vegetables, and some expensive fern that Tony Avent said was hardy to Zone 7b, (at least) from a cold, lonely, continental, Z6a, untimely death.

Here’s what follows that: You drag yourself back inside, take a forever long hot shower, down a few shots, and, sitting there as surly as sin, you think really dark and dirty thoughts. Other people aren’t doing this shit. Other people live in condos. They have their thermostats set at “Giant-Ass Carbon Footprint.” So warm they’ve been forced to strip down to teddies and speedos. They’ve over-eaten a fabulous dinner and drank a bottle of wine they don’t even know enough to appreciate. Yep, you were having a cold, wet piece of plastic that smelled mind-blowingly bad whipping back and forth across your face as you, both hands engaged, tried to tack it down over a row of tomato plants, and those condo people were living a bacchanalian existence. And you loathe them.

And, yet, you garden on.

Honestly, I’m mystified. Where does the fortitude come from that gets gardeners outside to suffer through odious tasks under miserable circumstances simply because they need to be done? I don’t know. Really don’t. But I’ve done it. Over and over and over again. And my gardening friends have all done it too. I don’t know, reminds me of something that parents used to toss off at you with a smirk: “Hey, it builds character.” Maybe gardeners have that.

But, I will say this. Winter is long and it dies hard. It rears its ugly head again and again before it’s finally defeated, and there ain’t no better tonic for that than the almost tearful joy a garden full of blooming bulbs brings. They fill the heart, God bless them, combating cold and gray with color and fragrance. 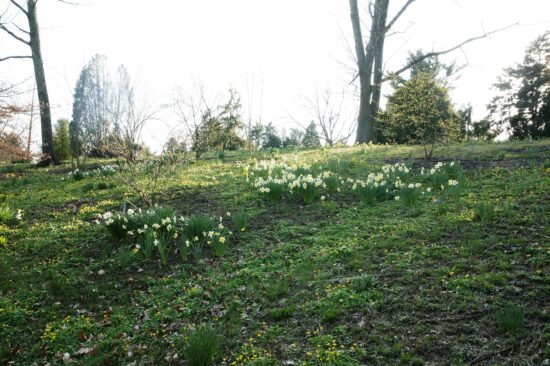 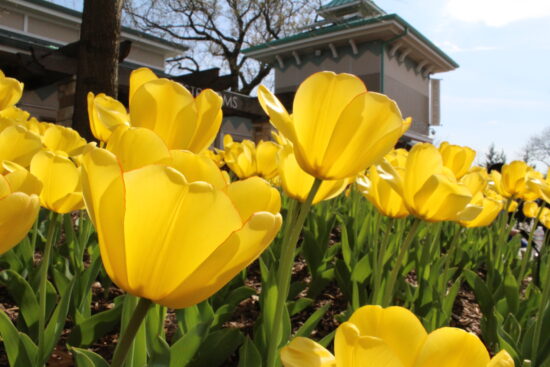 And then comes summer. Hot and humid. Sometimes you just want to run from the house to the car, from the car to the office, and then back again. A/C to A/C. An inside, artificial existence devoid of anything that stokes our human nature. But under a shade tree you’ve tended for years, you can enjoy a tall drink and the hordes of butterflies, bees, and hummingbirds that come to visit that Lantana you saved. And then can pick some of your own tomatoes right from the vine and bring them in for the BLTs you’ll have for supper. 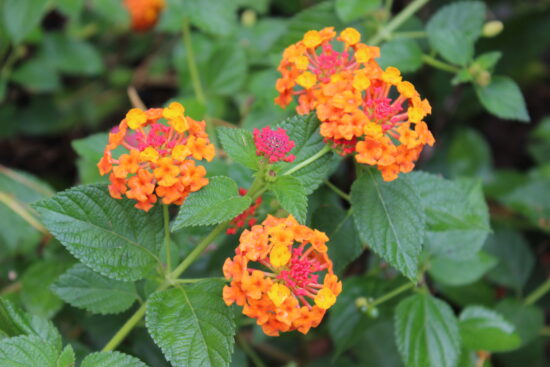 Some other time you’ll find yourself looking at the empty space where a scabby, rusty crabapple once lived, and you will take huge and vicious satisfaction in knowing that it was living its hideous existence and then you sawed it down. It was ugly and now it’s not. It’s gone. And you’re totally responsible. And, yet, you live as a free man. You feel no guilt. Nope. You feel joy. It poked your eyes. It raked your skin. It hurt your back. But all that’s over now. You’ve got a drink, and you’re smiling almost fiendishly as you enjoy the lovely aromas of ribs roasting in its smoldering wood.

You just try not to think too much about the stump you chose not to grub out. Nor that day sometime in the future when you’ll roll in a 400-pound, balled and burlaped, plant du jour that some speaker at some conference got you all excited about. Yeah. Sure enough. That day will come, and it will be woeful. But that’s just how it is. That’s how it’s meant to be. To have this, you gotta do that. And you’d have it no other way. 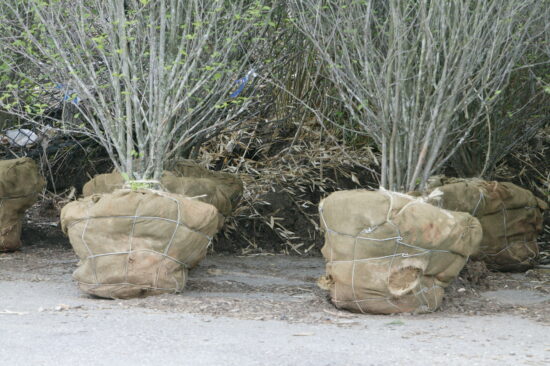 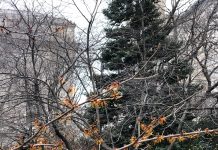 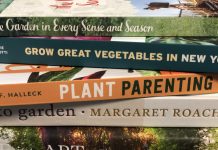