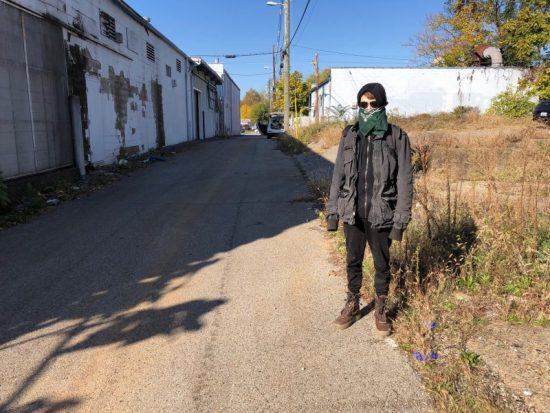 Be realistic, demand the impossible.

I am waging war against frustration, and impatience is an obstacle. My struggle may take two or three years before there is a measurable outcome. This year’s brutal heat and drought nearly ground to a halt any remaining enthusiasm for my garden. While the president fantasized in August about buying Greenland, I dreamed of a cooler global climate and a little rain. Nothing worked. Greenland’s ice sheets continued to melt, and central Kentucky had the hottest and driest September on record.

So, I’m done with our garden, at least, until the early-flowering, squirrel-resistant Crocus tomasinianus hits full stride next year. At the first sight of thousands of lavender-colored March bloomers, on the nearby Ursuline Campus in Louisville, I hope my gardening mojo returns. In the meantime, I needed an autumn pick me up. I decided to launch the Rudbeckia Revolution.

But let’s be honest.

I am a little long in the tooth to start a revolution by myself, so I enlisted an alley-wise, 24-year-old who came highly recommended. He had previously aced the rigorous Seed Bomber segment of the Guerilla Gardening Aptitude Test. My accomplice’s love for his garden and his will for a little tomfoolery caught my attention.

He planted his first garden this spring in a community plot in Louisville’s Germantown, while continuing to teach English online to Chinese kids. During his inaugural season, he navigated the normal ups and downs encountered along gardening’s learning curve and never flinched. (I am protecting the young man’s identity so that any urban seed-bombing in the future can remain discreet and, perhaps, even beneficial and pretty.)

We deployed seeds in lieu of bullets in two Louisville alleys on November 1st. We were caught on one site, but I explained we were sowing flower seeds.  A quick reprieve, and an endorsement, was granted. My comrade’s seed-sower disguise might have appeared alarming but he’s a good-hearted Lone Ranger, not a bandit.

Our ammo was gifted by Jelitto Perennial Seeds. Jelitto offers the best selection and quality of perennial seeds in the world. (I’m a little biased. I worked with Jelitto for 22 years. When I retired two years ago, I was given a generous lifetime allowance for perennial seeds instead of a gold watch. Who needs a gold watch when you can have all the perennial seeds you want?)

The Rudbeckia Revolution has modest goals. We don’t envision elegant plantings resembling Piet Oudolf’s High Line design in New York. There will be no fussy alley coddling in Louisville. Imagine our small-time seed bombing as the scruffy Low Line.

The revolution’s goal is simple: We are crossing our fingers that seeds germinate and a few dozen plants of black-eyed Susans (Rudbeckia triloba) and northern sea oats (Chasmanthium latifolium) will establish in sun to semi-shade, in hard-packed, but well-drained clay soils.

You’re wondering: Why didn’t we seed more species? This is a skirmish, not an invasion. 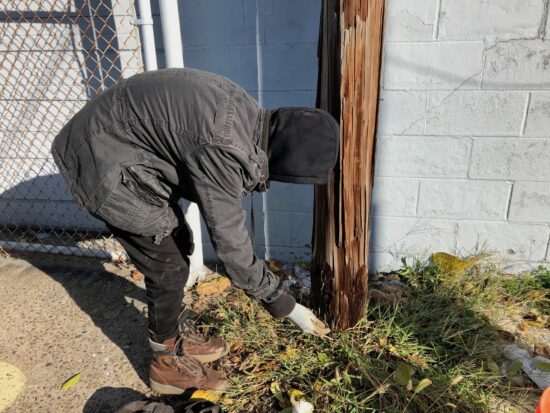 If our small battles succeed, and there is no guarantee they will, a few plants may eventually self-sow and compete with crab grass, wintercreeper, hackberry roots, poke weed, lambs quarters, foxtail, autumn clematis, paulownia and tree of heaven seedlings, and whatever worrisome uncertainties global warming throws at our hidden alleys.

I’m not sure, even if the seed-bombed alleys flourish, that anyone will notice these new pollinators and caterpillar hosts. One of our battlegrounds, in the Crescent Hill neighborhood, sprinkled with garbage cans, has a tree canopy of filtered light. Dog shit is ignored, a token of the bygone era when dogs wandered free and crapped everywhere. Deer and coyotes, Louisville’s recent arrivals, now roam with rats and cats. This alley is nothing like the closely monitored neighborhood front yard landscape, where deer feast on hostas and a security camera occasionally tags a naughty dog owner who won’t pick up pooch’s shit.

The second alley, downtown, has more sun, weeds and litter, plus a marvelous Catalpa and Osage orange, warehouses and an abandoned homeless camp.

Both alleys are passageways to a diverse and mongrel ecology.

We are not overreaching. The Rudbeckia Revolution’s handbook states plainly: “A few survivors may self-sow or not.” This is not an ugly, in-your-face fight for hearts and minds.

My comrade and I don’t expect to save the world; we are only buying time until next spring.