When I wrote last September that “I hate my arborvitaes” because several of them DIED during a drought (they’re not as drought-tolerant as I wished/hoped), commenter Marianne Willburn wrote, “I hate your arborvitae hedge too. And before some of it died.

How about some medium grasses?”

I replied that in order to block my view of the parking lot, plants need to be at least 6 feet tall, and that space is very limited.

But a better, quicker solution to my screening problem seemed possible, as I wrote in that post:

Or how about just constructing a privacy screen and skip the plants altogether? Well, there’s good news on that front because the co-op has recently approved a process for custom-designing and approving screens!

Well, turns out that didn’t happen after all, and I won’t be allowed to build a privacy screen to replace the awful Arborvitaes.

Yes, I hate them, too, and not just because I have to water them more than I thought. I’ve never liked the look, and they really don’t block my view of cars, and never will.

But you know what WILL block the view? 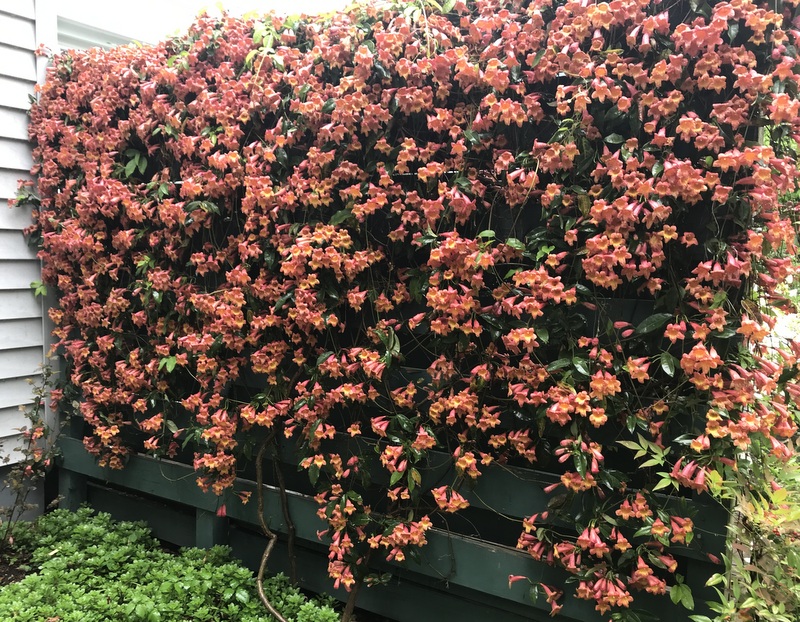 Crossvine! It’s evergreen, a vigorous grower, native to this region, blooms like crazy and even has reblooms throughout the season.

And best of all – my coop doesn’t have any rules against using vines to create privacy or screening. (We have no rules against trees or shrubs used as screening, either. Makes no sense to severely restrict built screens but allow evergreen walls of any height to surround our tiny yards, but there you go.) 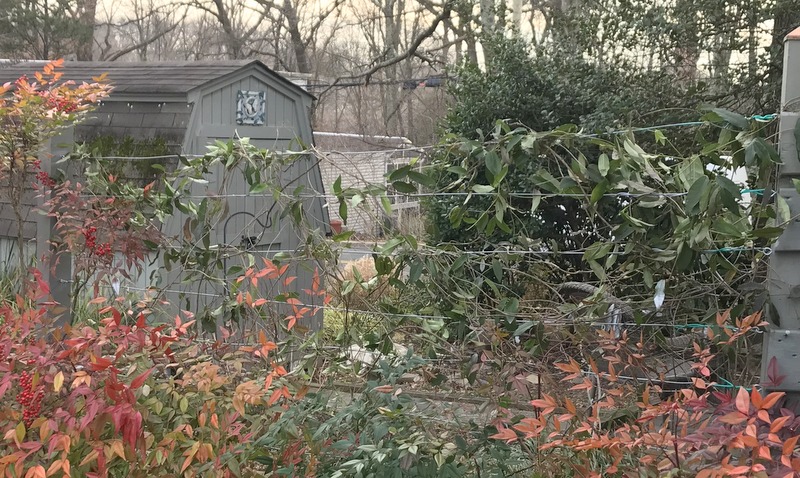 It’ll look like this spot in my back yard, where I recently had wire installed and where I’m betting that by the end of this season, the crossvine will just about block the view and provide the vertical element so needed for a sense of privacy and enclosure.

I look forward to showing you the before-and-after shots here and on the other side, where parked cars are my primary view and I’m sick of seeing them!

I’m also sick of obsessing over all the bad views and lack of privacy caused by our nonsensical rules, which some of us gardeners tried to change, to no avail.

Do I sometimes wish I weren’t the kind of gardener who obsesses over what’s wrong with her garden? Sure, but this year I’ll be channeling my obsession into training all that glorious vine. I’m going to LOVE it!

(By the way, I’ve offered my nine Arborvitaes free to anyone who’ll dig them up, and gotten NO TAKERS.) 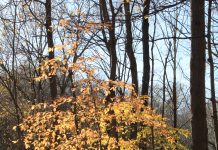