The latest in the on-going correspondence between Marianne Willburn & Scott Beuerlein.

My heart aches for you and your family coping with the loss of your mother.  In a normal year it would be emotionally draining, but right now, with the ability to have less than ten people at the funeral?  I am deeply sorry you have had to cope and grieve while normal life is upside down – I cannot imagine.  It was this time last year that we lost my father, and that was hard enough.

The arrival of spring has brought back a lot of that tension and sadness.   Memory adheres gently to seasons. For years I could not see pumpkins on porches and smell cinnamon in stores without experiencing waves of psychosomatic morning sickness brought on by having not one, but two, romantic Septembers. And now, Dad is messing with spring. 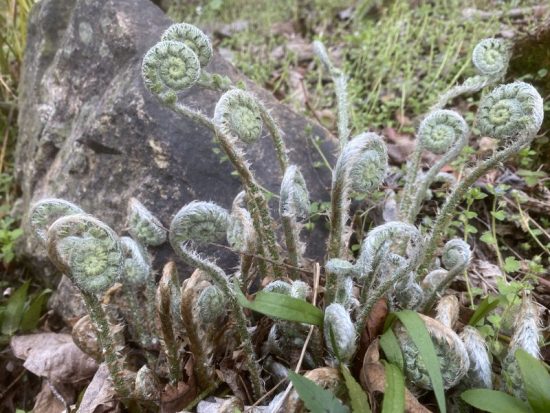 I have had words with him about it.  Proper out-loud words to the sky when I’m in the vegetable garden, which is one of the reasons we needed to live somewhere without visible neighbors. That and the outdoor restroom facilities.

I have wondered many times over the last year what Dad would think about my garden now. It is very young, but the last time he saw it, it was a newborn, and for the most part not to be seen. Dad never went in for ornamentals in the same way that he loved his vegetables and the natural world around him.  My guess is that he would have nodded gently, raised his eyebrows over some of my kaleidoscope combinations, and then pulled up a chair in the vegetable garden and asked for a beer.

My very earliest memories of a purely ornamental garden and the high ambitions of its creator – a good family friend – are equally strong memories of the bemusement my father felt for such frivolous things.  I can still see the marble statues…hear the plans for an amphitheater being discussed with animated hands as mosquitos danced around us in the dusk…and I can still see my father shaking his head.

I must have been ten or eleven and no doubt more focused on one of the wonderful treats Mr. Willson had prepared for us indoors to care what an amphitheater was.  Now I routinely stand with gardeners in their Edens and discuss overreaching plans that are based in fantasy and a glass of red wine  –  including my own.

He is gone now too, but I so wish I had had more time to see his garden and his marvelous plans with wiser eyes. I have an aloe pup (of a pup of a pup) he gave me that sits on my desk next to this picture.

Speaking of wiser eyes – or at least, eyes that are now wise enough to recognize how thoroughly un-wise they are – what a brilliant column on the evolution of gardeners in Horticulture this month!  No rebuttal from this quarter – you nailed that one.  Judging from my young adult children, and my own memories of being supple, invincible and insufferable, it is not only gardeners who go through this “I-know-everything-I’m-a-rock-star” phase. 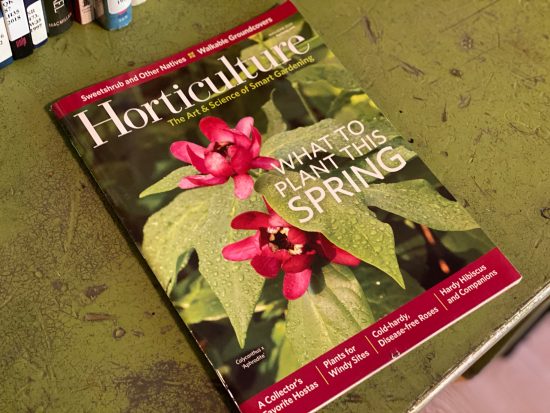 The fermenters for one.  If I am lectured one more time at a party on the merits of lactobacillus by a bearded, gym-ripped Adonis with a koi tattoo on his calf, I may lose my carefully curated reputation as a well-behaved guest.  Or as you might say, ‘my shit.’

I get it dude.  You can pickle cabbage.  So can I. So can three-quarters of the population of Poland.  May I assume you’re also fostering a rare sourdough starter you brought back from a hostel in Bratislava last summer? 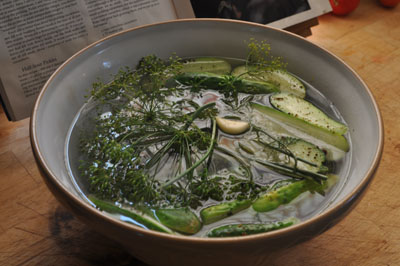 Whew.  That’s obviously been building up.

But as you say (much more wisely, gently, and 100x less arrogantly than I seem to be able to express), it’s payback. I cringe to think of the party-goers I have annoyed with my new gardening discoveries that read to them as ancient history.

And the ones I’m currently annoying for that matter. It’s all relative.  Until we leave this Earth with cherubims and seraphims at our heels, there is always someone older and wiser that wants to punch us in the mouth.

Perhaps all this confidence is as it should be. If in those earliest days of discovery, we were to come up against the enormity of all that we know right now that we don’t know, and not experience any wins that made us feel special…made us feel like we alone knew the answer…I think we’d most likely run scared, and turn our talents to ditch digging or politics.  I have never felt less able to call myself an expert on growing things than I do now, more than twenty-five years into growing things.

And I feel almost panicked over how little time there is to absorb all that I’m hungry to learn. I’m at it 24/7 and there still isn’t enough time. Life gets so complicated so quickly that dropping everything and offering my unpaid services to Keith Wiley or Fergus Garrett or Panayoti Kelaidis for a year in exchange for knowledge unbound requires that I fake my own death.

Don’t think I haven’t thought about it.  Why can’t we have two decades in our twenties?  One to try everything and one for keeps. Or is that what our thirties are supposed to be?

But enough of philosophy and supple young joints.

We too have had one of the most glorious springs in memory.  Long and lingering, it has allowed so many early bloomers such as epimedium, dicentra (I know, lamprocapnos, &$%@! taxonomists), claytonia, brunnera, trillium, mertensia, narcissus, leucojum, kerria etc. to hold those blooms for weeks – right up until the freezes we had that you sent from the Midwest.

Even the sanguinaria held on longer than two days. After the freezes, the temps stayed cool and revived almost everything.  My newish ‘Rose Marie’ magnolia took a huge hit – both blossoms and leaves – as did ‘Jane’, but as Michael said, now they can boast of a tough childhood.

One of the most surprising semi-casualties was a Rodgersia podophylla ‘Rotlaub’ I have grown for five years since I brought it back from Dancing Oaks Nursery in Oregon. It has weathered much in the way of crazy springs, flagged a little, but never been hit so hard by a cold snap.  As I thought of it as an early emerger, I was gobsmacked that it couldn’t pull itself together for a night. But when I went back to my records, I realized that the warm winter had gently made me think that we were later than we were, and with all the days blending together right now, who the hell knows what day of the week it is, much less where the rodgersia should be.

Still, lesson learned, filed away under ‘fail,’ and thankfully the plant has begun to re-sprout. I understand from a friend in Colorado that this is a normal state of affairs in a region that giveth and taketh away every May, but it’s hard to see such a gorgeous plant on its knees.   Again, this is where you cannot beat hard experience – and many years of it.

Meanwhile, in more resilient quarters, each spring I come back to epimedium and brunnera as two genera that are woefully underplanted by the general public.  It’s not their fault. For whatever reason neither is commonly sold.  It probably has much to do with how they present in 6” pots – not as much come hither as a greenhouse begonia. But so much ease, and so much to offer shade gardeners tired of staring at hosta. Unaffected by the freezes, and by most things really Except for Southern blight on the brunnera in the summer months – yep, that scourge is in my soil in places.

I share your enjoyment of ostrich ferns and try very hard not overuse them in my quest to conquer Japanese stilt grass.  They are overusing themselves I fear. Plant one, you have a hundred; and as you say, late freezes halt them only for seconds.  They have already shoved out a robust stand of Arisaema triphyllum and are heading for the A. ringens and A. consanguineum if I don’t pull out the shovel. And move the arisaema. Such beautiful Jurassic monsters.

Do you grow vegetables somewhere on that plot of yours?  The asparagus are coming in well this year and the kale is putting a little green in my juice every day.

Wait, that’s every week.  I’m forgetting.  It’s the wine I drink every day.  The wine.

Especially at the moment.

I have put off mentioning COVID-19 and the unbearable state of things until the end of this letter, and quite frankly, I am tempted to sign off and leave it there, the entire business is so upsetting. But in response to your question – should we build gardens for nursing homes and tend gardens for first responders during this pandemic – the answer is of course yes; but then, we should build gardens and help our struggling neighbors where we have the ability at every opportunity.

Though it seems like this will never end, it will.  The true question is, will we do these things when it is all over? Will the new Victory Gardeners keep gardening without a pandemic to worry them?  Will people still remember to bring a bouquet of tulips to a nurse’s door, or plant up a windowsill garden for an elderly friend when there are stores to be shopped and weekend recreating to be done.  Will I?

I hope so.  We are not judged so much I think by what we do when the emergency is obvious and push comes to shove, but what we do when the world stops shoving and we can quietly return to familiar routines. Your thoughts are laudable and wonderful however. Do not let my cynicism blight them.

As for your promise of you both joining me in the UK next year on a garden tour, you might want to ask yourself if you are truly safe in a country whose beloved horticultural institutions you’ve publicly disparaged.  I’m not saying I would rat out your identity, but then again, I’m not saying I wouldn’t. Of course I wouldn’t let them hurt Michele – she’s one of us.

As for me – do I want an Olympic level smart ass sitting in the back of the [exceptionally comfortable] coach, sipping red wine and throwing out occasional witticisms to the raucous laughter of all present? I sat through that once already remember.

What the hell.  But I’m telling you right now, I’ll have the microphone this time and I know how to use it.

My best to you both,