As a nation, we are so starved for American garden programming that we are willing to accept that a woman worth over $620 million dollars, stuck for 82 days on her 153-acre estate in Bedford, NY; with her gardener, one of her housekeepers, and one of her drivers; and joined as needed by groundskeepers and their foreman, is going to fill that need and leave us hungry for another season of down-to-earth gardening advice.

So starved, that we are willing to accept HGTV promos that tell us that this immaculately dressed and fully made-up celebrity, sans sweat, sans grimy hands, and sans, apparently, a production assistant to create some small illusion of same, is relatable; and “puts the G back in HGTV.”

So starved, that we are willing to overlook her frequent – and historical – transposition of the pronouns “I” and “they” when discussing the nitty-gritty of projects undertaken on that 153-acre estate.

Six episodes worth of gilded crumbs. And I’m afraid this gardener has lost her appetite.

It’s not about the money…

Perhaps the best way to launch into my review [and accompanying visual aids] of the first season of HGTV’s Martha Knows Best, (which I watched in its entirety after Susan’s recent review here) is to make it perfectly clear that I have no problem with the [legal] accumulation of wealth.

I have no problem, as it were, with the wealthy.

You earned it. You spend it.  Martha Stewart is not just an extraordinary business woman, but a talented creative with an expert eye sharpened over many years.

She also has the genius to recognize, nurture, and promote that spark in other creatives.

If she insists that the 1000+ containers on her property be of the same color family (stone, concrete or marble), and never wishes to see an artistic vegetable in a flower arrangement, and lines utilitarian pathways to peacock enclosures with cut blocks of granite, who am I to criticize her from enjoying the whims that whacking great wads of cash can indulge?

If I lived across the street as one of her “very many fancy neighbors” I would raise a glass to her abilities at the neighborhood block party, and conscientiously ask her advice when it came to pairing champagne and stemware for a well-lubricated celebrity crowd of twenty on a Saturday night.

I might even ask which echeveria to use in the tablescape.

Wickedly, I’d also try to tempt her hardworking gardener, Ryan McCallister, to cross the street and become my personal gardener.  My current gardener, Cutout Andy (though versatile and well-traveled), doesn’t have the same twinkle in his eye.

All this to say, I respect what she has achieved and have no desire to set up a mini-guillotine in the exquisitely designed cobblestone courtyard of her horse stables. I won’t even debate aspects of her gardening advice.  Susan did that already.

I also respect the fact that she is a 79-year-old woman who is a damn sight more active than your average 79-year-old American.

What I don’t respect however, is this laughable attempt to appear ‘relatable’ as someone who is just like me, or like 99% of the gardening public.

I don’t respect the producers of this show having so little awareness of the current suffering going on throughout the country that they felt that a conspicuous display of fabulous wealth could feed the public’s very real (and in many cases, economic) need for gardening advice.

At a certain point it goes from being laughable, to being downright offensive. From the intro:

“I’ve lived on this farm for about 17 years. And like you I’m spending more time at home than ever before.  So I’m going to take you behind the scenes as I do my gardening projects. I’m going to help my celebrity friends. And surprise new gardeners.”

It must be horrific to spend 82 days on 153 acres. With a modified staff.

Uhhh….there’s a pandemic going on?

We have been six months at this pandemic.  After years in cramped quarters, I now live on ten beautiful acres in a four-bedroom house. And I’m ready to bury my husband’s work-from-home body in a remote corner of the property at this point.  It might even be classified as a COVID death.

And no doubt my husband feels the same way.

And yet, every evening of this mess, when I watch the news and see cities in such turmoil, I think of my 10×12′ apartment in New York, when I was 100% dependent on food service jobs and student loans to make my bills.

Each and every morning when I walk through the garden I think of our little upstairs flat in Southeast London when my son was a toddler, and how desperate I was for more than a window box and a few pots by the door.

And each morning I am deeply grateful for the space around me, and painfully aware that others are struggling in this pandemic under terrible conditions with no end in sight.

No awareness from Hollywood apparently.  Or from Bedford.

“When the pandemic started and quarantine became de rigueur,” says Stewart, “I invited Ryan, my gardener, I invited Carlos, one of my drivers, and one of my housekeepers Elvira, to stay with me during this time.”

Quarantine.  De rigueur.  Alrighty then. So is a floor length gown at a debutante ball Martha. But okay, we’ll just go with it.

And if you didn’t study French in high school and are currently running to Google Translate – keep the tab open. To Martha, soil that is ready for planting does not resemble a palm full of pastry dough, but pâte brisée.

It’s actually an excellent analogy that falls short in its delivery. As does dropping mise en place to describe setting gardening tools in place for a project.

While you’re at it, you might want to check out  Île de la Cité, where Martha gets “all her seeds.”

No Chanel or Dior for this everyday gardener when she arrives in Paris, she tells us, but straight to those lovely little seed markets.

I didn’t want to bring Marie and her cake into this, but damn.

I remark upon these Gallicisms as someone with five years of French under her belt, a fair amount of experience in the kitchen and garden, and an unfortunate history of dropping sans into conversation, but a young, beginning American gardener doesn’t know her pâte brisée from her pot of ease-ay.

99.9% of low or middle-income gardeners are not jetting to Paris for their seeds and will probably see what’s available at local garden centers before they consider even splurging on shipping fees for online sources, no matter how wonderful they are.

And here. Here is the issue.  Pretending that this is a gardening show instead of a celebrity reality show.

A few moments of FaceTiming Mitch in Lemoore, California about soil preparation for his carrots; or telling Maggie in Mississippi that she needs “ferns” for the north side of her shady house; or letting Karlin from Florida in on the not-so-little secret that she needs a coop for her ducks to keep them safe from predators; does not constitute ‘hanging with the little people.’

Maggie:  “I almost started crying but I did keep it together.”

And then there are the celebrity cameos.  Hailey Bieber needing dog grooming tips. Jay Leno showing us the kitchen in his garage and asking what a pomegranate is. Zac Posen telling Martha he’s been gardening since March in Bridgehampton.

“Well. It’s SOOO easy to garden in the Hamptons” she laughs.

I’ll just leave that right where it fell.

I made my life-long gardening mother watch two episodes with me.  When Martha begged Snoop Dogg to join her in Maine on her 63-acre estate, Skylands, for her next party post-COVID, Mom turned to me with a puzzled look on her face. “It’s like digging your heel into somebody’s face.” She said quietly.  “I’d be embarrassed to say that.”

Even if I gave millions of dollars to charities each year – as no doubt Martha does – I would too.

To his credit, a tee-shirted Richard Gere sat cross-legged and underneath a tree in his father’s average suburban garden where he grew up – even if they spent the entire time discussing the shade beds at his exclusive Relais & Châteaux establishment, The Bedford Post Inn.  He almost seemed a little embarrassed.

Perhaps we have his friendship with the Dalai Lama to thank for that.

She knows her stuff. But she’s forgotten her audience.

But she is not the person to put the G back in HGTV.

Those are people like Joe Lamp’l on Growing a Greener World, or Nan Sterman in A Growing Passion, or or down-to-earth influencers like Erin Schanen (www.theimpatientgardener.com) or Doug Oster (www.dougoster.com), or Ron Finley (www.ronfinley.com) who show you the trials, tribulations and glorious successes without the catchy music and celebrity friends.

For advanced gardeners who have yet to watch ‘Martha Knows Best,’ do. I’d like to know what you think.

But if you’re a brand-new gardener – look to the shows, feeds and podcasts of those who garden with the resources and in the region that you do. I guarantee you there are hundreds on YouTube.

Or, depart these shores altogether and take advantage of UK programming that still respects its population enough to provide polished and professional gardening programs to inspire everyday gardeners, such as Charlie Dimmock’s new endeavor, Garden Rescue, classic episodes of Ground Force, or Monty Don and others truly getting their hands dirty in BBC Gardener’s World. (Please leave your suggestions in the comments for excellent gardening programming in other parts of the world.)

Martha Knows Best is not a gardening show. It’s a celebrity reality show that takes place outside. And in the middle of a pandemic, when millions are out of work, businesses are shuttered, and large segments of the population are watching their future dreams for even a modest home and garden sabotaged by something completely out of their control, we deserve better.

Let’s hope HGTV digs a little deeper and finds it. 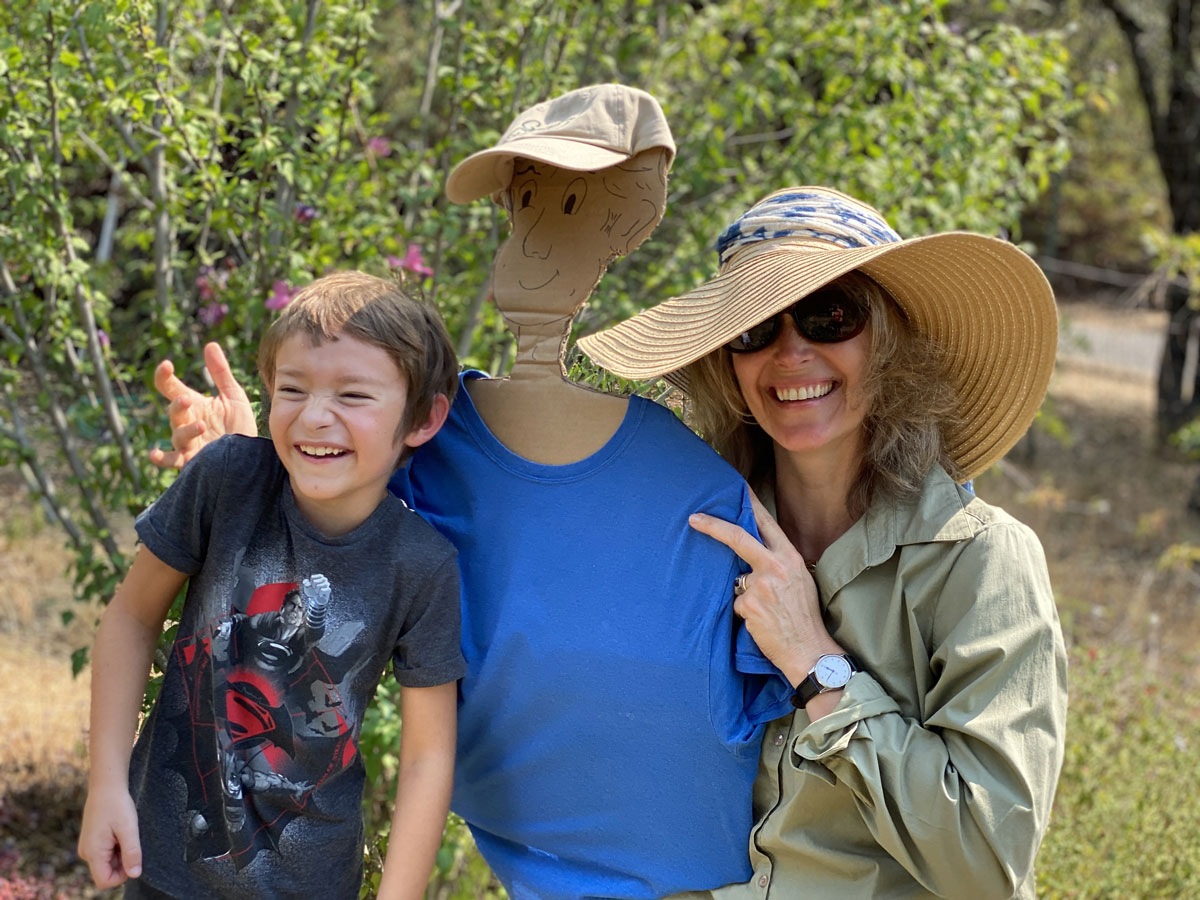