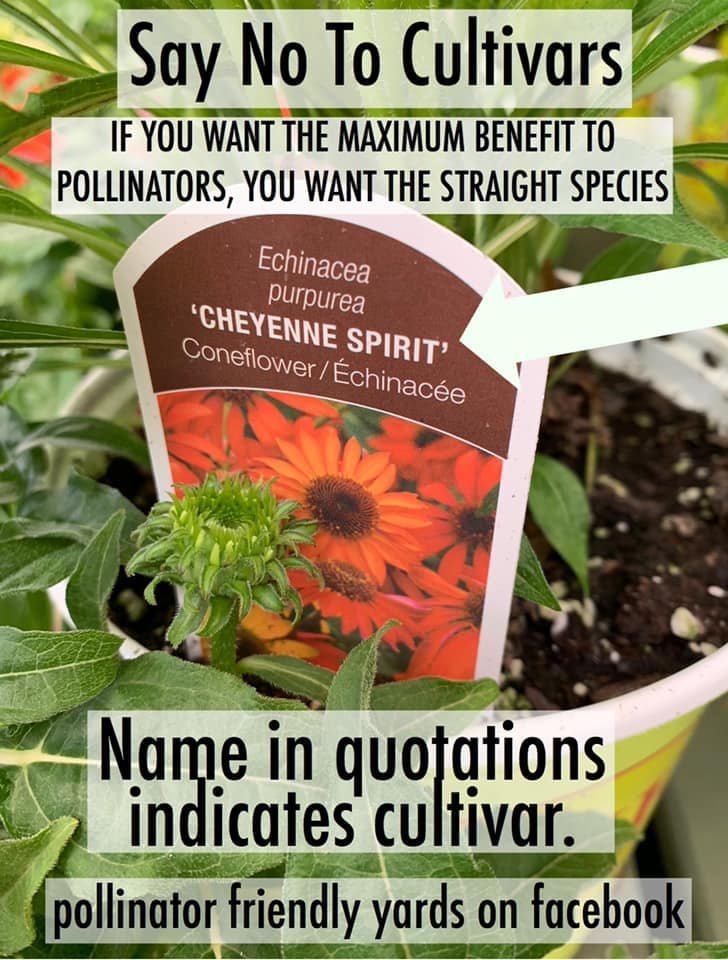 Admittedly, mentioning a trivial controversy in the gardening world today – with everything that’s happening!! – seems ridiculous, but that’s exactly what I thought when I saw this graphic posted to a local gardening Facebook group.

And accompanying the graphic, this text:

Recently, I spent the weekend on a property with a lot of native cultivars and there were no pollinators on those plants.

Buy from your native plant society and you’ll get the true species. Or find a native plant nursery that grows the straight species!

EXCELLENT ARTICLE HERE.  The big nurseries will mostly or only have cultivars. Your native plant society will sell the straight species. Find yours here:.

First, “Just say no” is most famously what Nancy Reagan said about drugs. I was fine with that, and I’m fine with “Just say no to racism” and anything else that’s actually consequential.

So are cultivars of native plants SO bad that we must “Just say no” to them? To quote another First Lady, “Give me a f*** break!”

My actual response to the post on Facebook was: “I’ll speak up for one cultivar – ‘Little Joe’ Joe Pye Weed. It’s short enough to fit in my tiny garden and is a pollinator MAGNET. The straight species MAY be even better, but I wouldn’t buy it for my garden. So thanks, breeders!”

My point being that insistence on purity can be self-defeating, another example of the perfect being the enemy of the good.

A couple of commenters supported the attack on cultivars, but most did not. Some examples: 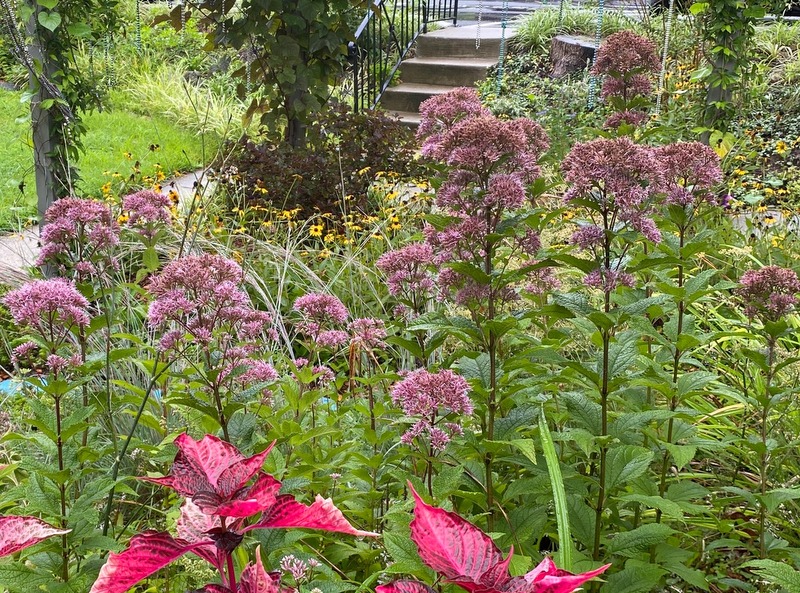 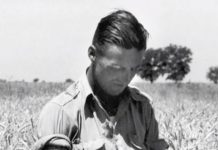