Cape Cod is being eaten each year, not by Jaws nipping at the coastline, but by forces away from the beach, high in the treetops. 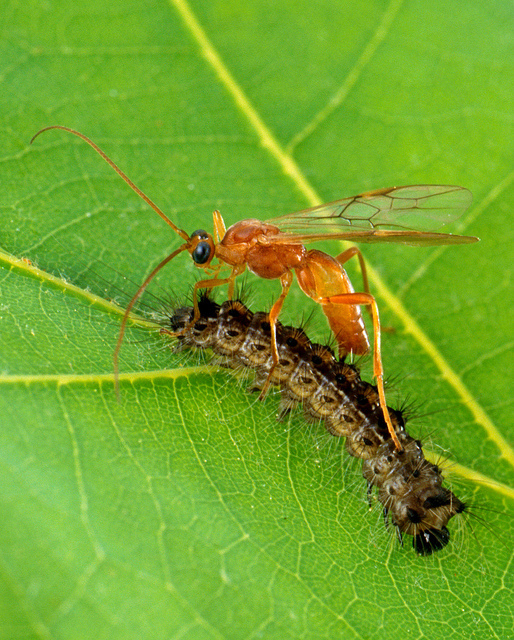 The winter moths arrive first, beginning as charming green inch-worms dangling from branches. They are translucent and almost lovely, even tolerable, until they disappear into the oaks and maples, where they defoliate every leaf. Next come the gypsy moth caterpillars to finish off what the winter moths haven’t gotten to.

From May until July, the cars, the steps, and the driveway are covered in layers of round, black grains of caterpillar excrement.  These residues melt into rusty streaks that require a heavy hand with a sponge, or better yet, a power washer. 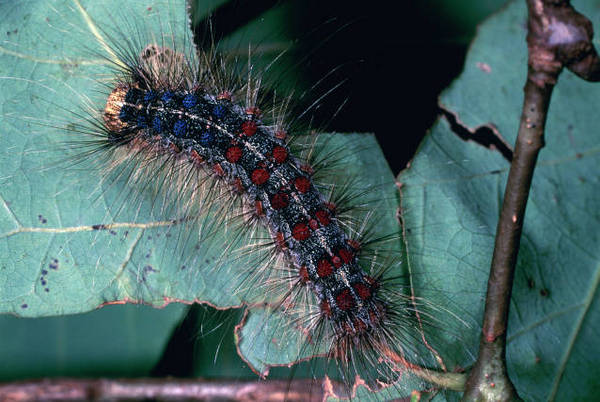 There have been years when it was impossible to sit outside.  Caterpillars in various stages of corpulence sail in on their silken threads, landing in your hair, your clothes, your wash on the line, or your morning coffee.

Originally from Europe, the winter moths are newcomers to the region, having been identified in this country as recently as 2003, not far from here in Southeastern Massachusetts. On the other hand, the gypsy moth has been around in North America since 1869, when a Frenchman named Etienne Trouvelot brought an egg cluster from Europe to Medford, Massachusetts, a few hours’ drive from my house.  Somehow, the caterpillars escaped and the rest is history.

I should be more grateful to Trouvelot; after all, you could say that the gypsy moth put me through college, kept me fed and clothed growing up, with a roof over my head.  I was a toddler when my father got a job as an inspector for the Department of Agriculture, and he was still on the job when I moved to Cape Cod.  Part of his job was traveling through the state of Vermont looking for signs of gypsy moth damage.  He would spray tar over the telltale egg clusters – nondescript tiny-colored splotches on trees – which would smother the next generation of some long-gone gypsy moth.  This tactic was part of a program designed to slow the insects’ migration into new areas.

In all my years of living in Vermont, I never saw one gypsy moth caterpillar.  At most, I may have seen a lone egg cluster on a tree, and one or two male moths (the females do not fly) dancing around my father, attracted by the traces of pheromones he used to bait gypsy moth traps.

It wasn’t until I was living on Cape Cod that I became intimately acquainted with this unrelenting pest.  The caterpillars seemed to be drawn to the wooded areas where I chose to live, where the trees were mostly oak, which, unbeknownst to me, are a gypsy moth staple.  I had never really seen oaks in maple-ladden Vermont.

The winter moths appeared one Thanksgiving plastered around my front porch light.  Naively, I thought this was a harbinger of late Indian summer.  It took a few years to equate the moths with the ravenous inch-worms.

Every year, the players are pretty much the same, varying only in their numbers, which wax and wane according to mostly invisible factors.  A wet spring promotes a fungus that decimates the gypsy moth population.  A rainless spring, like this year’s, and all bets are off.  As for the winter moths, they basically throw a party each year, and whoever shows up, shows up.

This year, the infestations were so severe that the winter moths stripped nearly all the deciduous trees, forcing the gypsy moths to move on to the white pines and hollies.  The sight of them feeding on the sharp edges of holly leaves made my esophagus ache in reluctant sympathy.

The only positive element of the situation was that my normally shady garden basked in the sun.  The perennials grew taller and wider, and bloomed more.  The tomatoes yielded more fruit.

Leaves and needles have begun to return, and the plants are again in the shade.  The extent of the real damage won’t be known until later.
Some limbs will completely die.  After four years of infestations like this one, entire trees can be killed.  The once lush woods surrounding my property is now interspersed with a crosshatch of dead branches and trees. 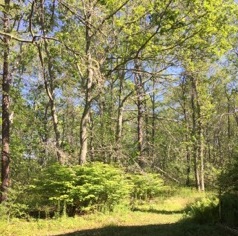 The winter moths have paved the way for gall wasps to attack the black oaks.  I don’t even want to mention the turpentine beetle that is boring into the scrub pines, causing them to disintegrate into splinters  I’m beginning to think we’re on the verge of an arboreal apocalypse.

Then I hear that all is not lost.  There is a parasitic fly introduced decades ago that is finally making inroads into the winter moth population.  The fungus that was strong enough to keep the gypsy moths in check for several years lies in wait in the soil.  Parasitic wasps lay their eggs in the caterpillars.  A local arborist reports that the gall wasp is not as prevalent. This leaves the turpentine beetle, but, as the scrub pines die out, young beech trees are growing in their place.  The post apocalypse may not be so bad.

Janet Belding lives and writes on Cape Cod.  Along with writing, she is passionate about gardening, nature, and cultivating close relationships with her animals.  Janet and her partner are raising two children to, among many other things, appreciate the natural world where they live.